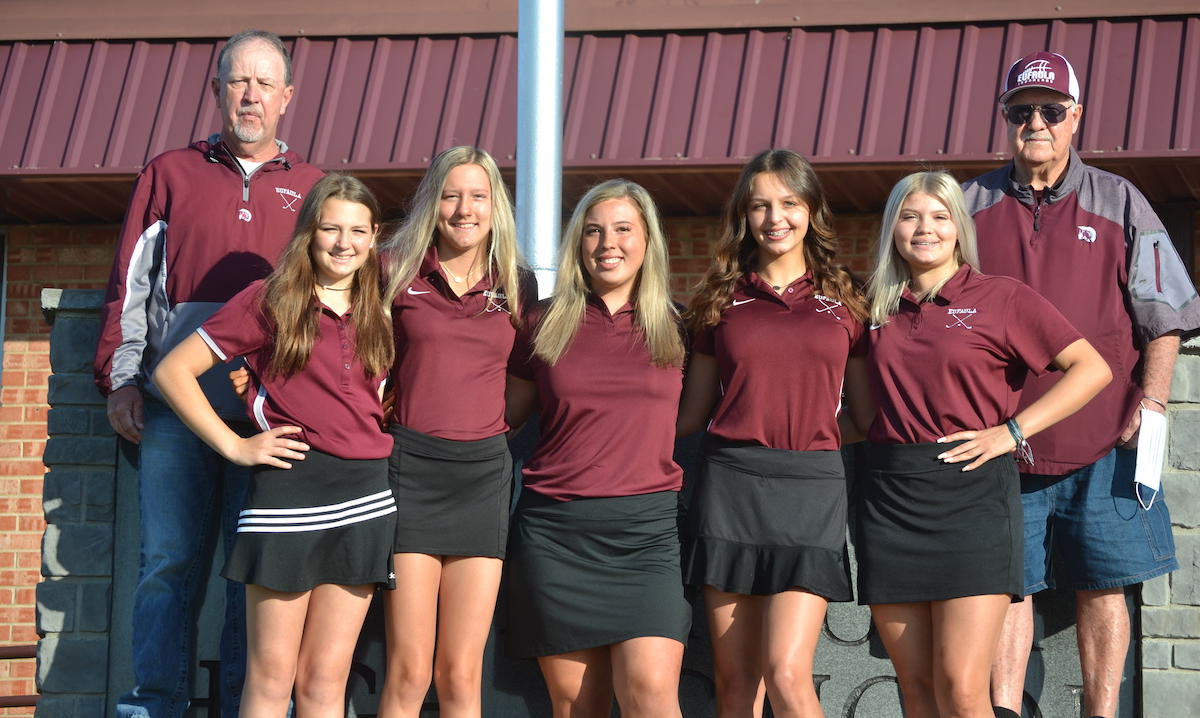 Nicholas Bradford and Alexander were have been named to the Oklahoma Academic Coaches Association Honorable Mention group of outstanding students. The OACA annually recognizes the top 72 senior students who compete in at least two OSSAA Academic Bowl events in a school year. The top 36 students are the All-State class of that year and the next 36 students are the Honorable Mention class of that year. Amber Graham coaches the Academic Bowl students.

The Pride of Eufaula traveled to Orlando, Florida to perform at Universal Studios. In order to perform in this venue, the band was required to send in an audition video.  They were selected to perform by the Universal Studios Orlando STARZ Program.  “This is an amazing honor as we took 45 high school band and color guard students,” explained Rusty Helms, EHS band director. “The Universal STARZ staff said (and I quote) “Eufaula HS Band is one of the most organized bands they have ever had perform in their park!”

The students were accompanied by 14 adults who helped ensure the safety of the students during the duration of the trip.  The group visited Disney World, Universal Studios and Cocoa Beach.

“This is a “once in a lifetime” trip and we are forever grateful to all who helped make this happen,” said Helms. “We would like to thank the Eufaula Administration, School Board, Staff, Parents and the Students for making this trip possible.  Eufaula is the best place to be!”

The Pride is under the direction of Rusty Helms, Michelle Barnes, Amber Singleton and Adam Lynn.

The 2021 Eufaula girls golf team continues to rank among the Oklahoma’s best girls golf team in Class 3A as the Lady Ironheads returned to the 11-team field competing for the state team title. Members of the team include Rhyatt Dunn, Rileigh Martin, Chelsea Marshall, Gracie Lasiter and Savannah Goodmon. EHS golf is coached by Bill Bumgarner and Robert Nixon.

ARE YOU READY FOR IRONHEADS FOOTBALL

Coming off a 9-3 record and another district championship last year, the Ironheads continue preparations for the 2021 football season as six starter return on offense and eight to the defensive unit.