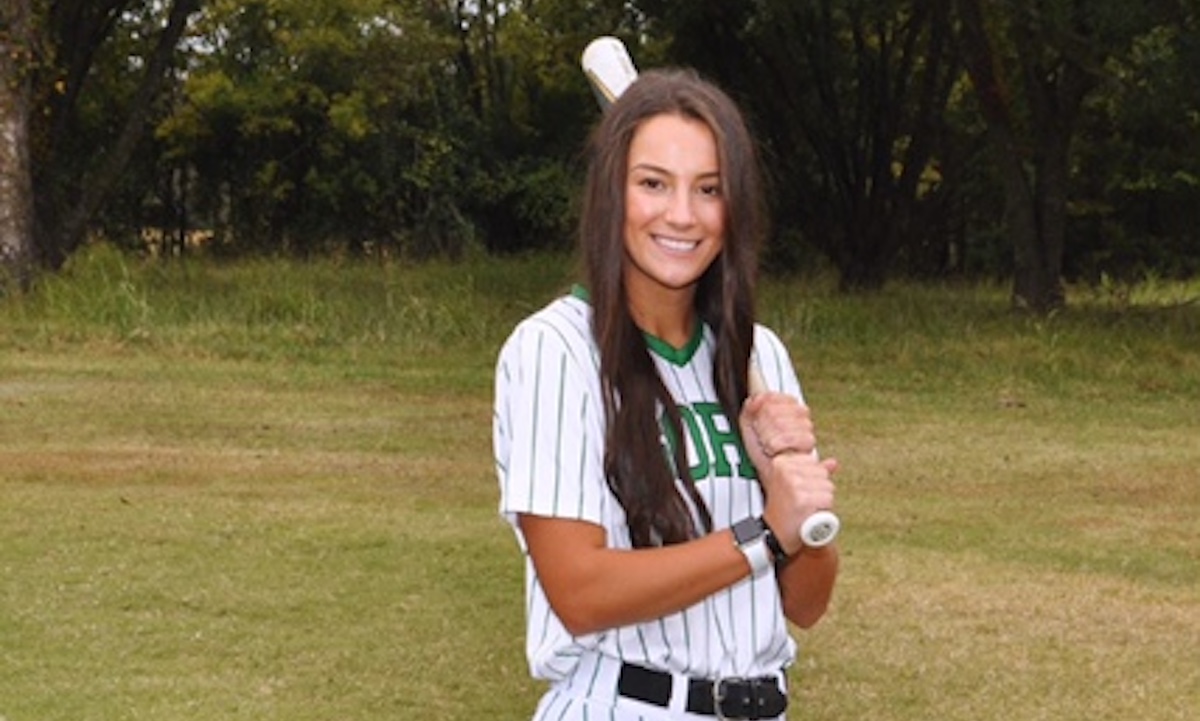 Addison “Addie” Sheffield answered the call from a coach and as a result has left a lasting mark in athletics at Gore High School. She hadn’t played softball for a while when coach Dusty Tidwell came to Gore and begged her to play again. Although she didn’t play fast pitch that first year, she started every game she played in after that through her softball career as a Lady Pirate as she developed into a stellar first baseman.

“Defensively she’s the best first baseman I’ve ever had,” stated Tidwell. “Offensively she struggled with self-confidence at times but always managed to get back on track.”

Her .570 batting average with 50 RBIs in slow pitch while committing just two errors in the field speak well to the kind of talent the senior showed in her final year. Addie also sparkled on the basketball court for Gore where she played primarily shooting guard. On the diamond Tidwell said she was a leader by example.

“She was usually the first to arrive and the last to leave at practice or a game and even though she was fairly quiet, her work ethic set an example for the underclassmen and when she did speak out the kids all knew it was something that they should listen to.”

That evaluation goes hand-in-hand with what Sheffield herself feels a good leader should be like.

“A good leader sets a good example by being on time and always working hard,” said the recent graduate.

Addie credits her family as being a main motivating force in her life saying that they always pushed her to be her very best. In her spare time Addie works out and holds a part-time job. She’s planning on attending Southwestern State next fall with an eye towards eventually becoming a physical therapist.