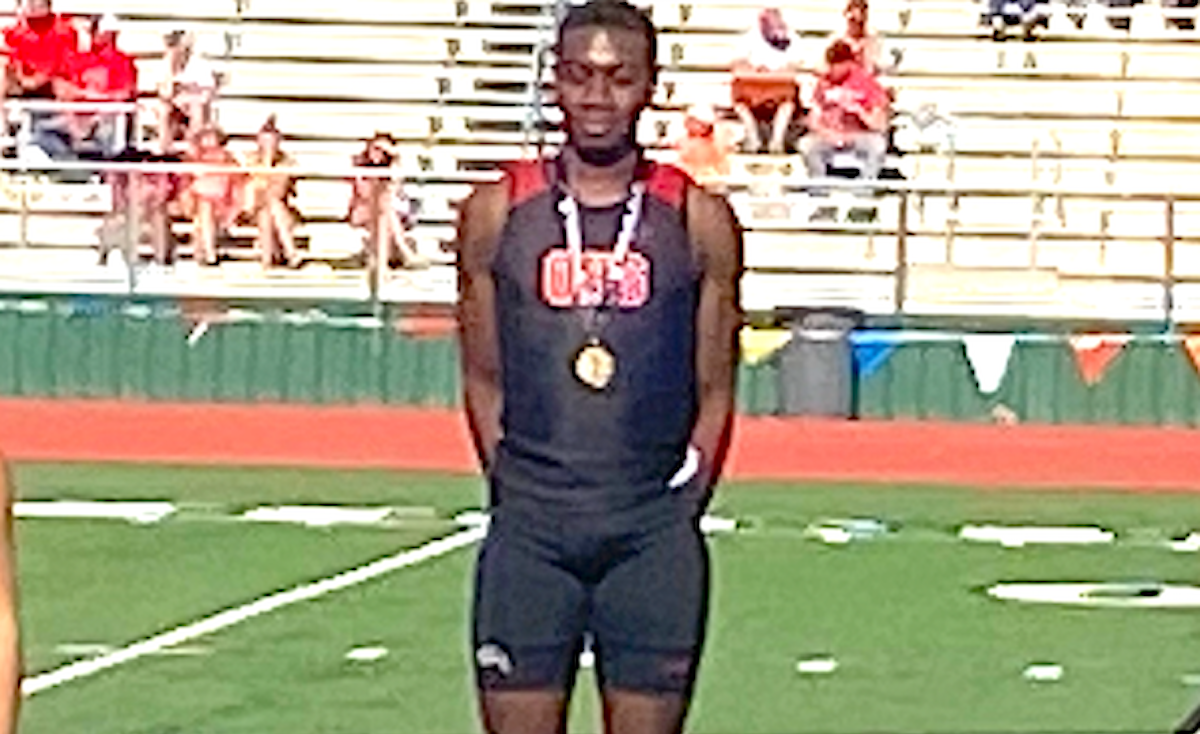 Not very many high school athletes become All-Staters. And even fewer do it twice in their high school career. So meet Okmulgee junior Armon Frazier who is one of those rare individuals. Two years ago as a freshman, Armon was named an All State track selectee for his work on the school’s relay teams. And he repeated that feat this spring as he was the gold medal winner in Class 3A in the 400-meter dash as well as taking part in the team’s 4X100,200, and 400-meter relays with the 4X400 team taking fourth place.

“If you were to just to meet Armon you probably wouldn’t see a track speedster,” said his coach Dwight Pankey. “He’s 6-1 or 6-2 and really solidly built like a football player. The thing that strikes me when I watch him is his form-it’s just great and that’s something that you can’t really teach. He just makes it look so easy.”

The soft-spoken Frazier, who says excelling in track just seems to come naturally for him, talked about the difference for him between his freshman and junior year trips to state (of course there was no track for anyone last year).

“I was pretty nervous my freshman year just running the relays and this year there was a little anxiety about running by myself in front of everyone in the 400 as opposed to being one of the legs in a relay. Making All State twice makes me feel pretty accomplished for right now but there are bigger and better things I want to do in the future.”

When track was canceled last year Armon spent a lot of time in the weight room and Pankey thinks that really helped him this year. His winning time of 49.66 seconds in the 400 was the best in Classes 2,3, and 4A. During the summer Armon will work with an AAU track coach and a personal coach in Okmulgee to help make those bigger and better dreams come true.

“Next year I want to beat 49 seconds and win state again and get a college scholarship,” said Frazier.

And his coach will be there rooting him on towards those goals.

“Whoever decides to offer him a college scholarship next year is getting a pretty good quarter horse,” said Pankey. “He’s a hard worker, very respectful and humble and a good student as well.” 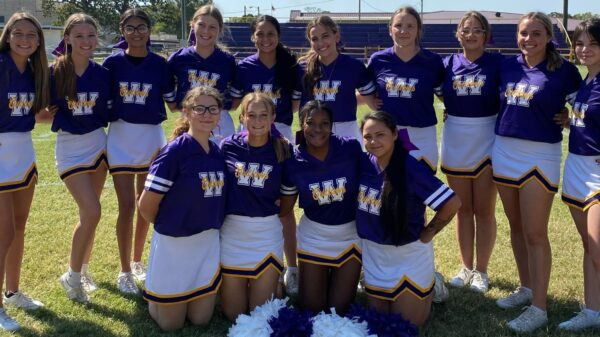