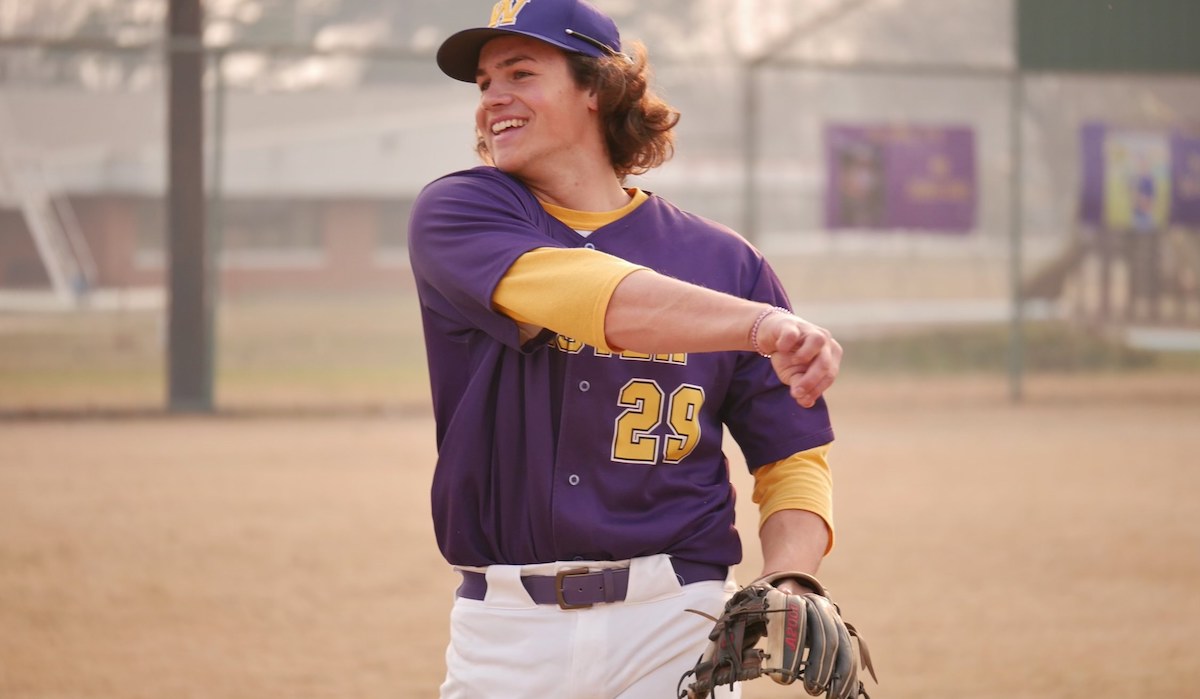 Music and sports have long been synonymous especially related to individual athletes. And it seems that whenever Matthew Holzhammer would take the pitching mound for the Wister Wildcats, the appropriate soundtrack to play should be M.C. Hammer’s title track… “Can’t Touch This” because it’s “Hammer-Time”.

The 6’3 ace of the Wildcats staff this spring was dominating on the hill with a 9-0 record and keeping opposing hitters guessing what pitch was coming next.

“I’ve always enjoyed pitching, facing nine different batters every game and finding ways to get them out,” explained Holzhammer who began playing baseball at age three alongside current day teammates Trey Krebbs and Will Hammons. “Being able to mix pitches in any count and trusting my stuff was the key to my success.”

The 2021 Wister graduate who will play collegiate baseball at Carl Albert State College admits he thrives on the challenge to compete whether he’s at the plate, playing third or first base as well as on the mound.

“Some say it’s nerve racking but I think it’s having to compete every time. Nobody can throw the strike for you so you have to be able to overcome the battle every time.”

Known to his teammates, coaches and friends as “Hammer”, the hard throwing righthander with a 92mph fastball recorded 88 strikeouts to record a .092 ERA to help lead Wister to a 28-6 record. Adding defensive results including a .909 fielding percentage plus swinging the bat to post a .463 batting average with 10 home runs and 48 RBI Holzhammer helped Wister advance to the Class A state championship game and was named to the Oklahoma Baseball Coaches Association’s All-State baseball team.

With a 3.9 GPA in the classroom, Holzhammer earned membership into the National Honor Society and received the school’s “Wildcat” award.

The statistics of his athletic resume and other awards are the result of the Wister standout’s personality and never ending efforts on and off the field.

“I like to believe that I’m determined, humble, and grateful,” explained Holzhammer with gratitude to family, friends and coaches who helped him reach his goals. “Being humble probably means the most to me for the fact of being raised to show what you can do and not have to voice or boast about it.”

“Matt was really big for us, on and off the field. He came in and worked hard and led everyone else to do the same,” explained the Wildcats baseball coach. “He’s the kind of kid that will find success anywhere he goes.”