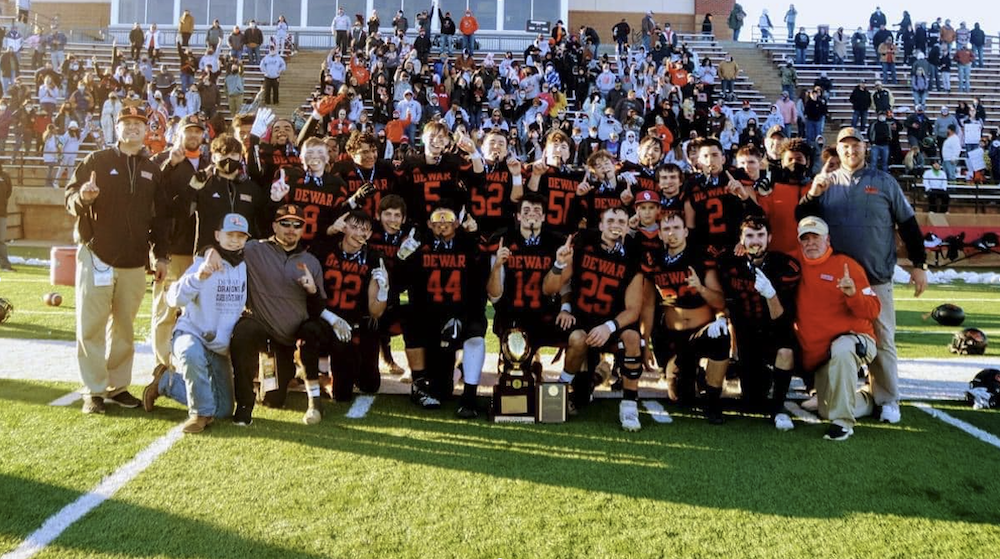 After making it to the state quarterfinals in 2019, the Dewar Dragons took the next step in 2020 and captured the state Class B Championship. Unfortunately, many of the playmakers on that team were seniors and so now comes the task of rebuilding. But for veteran coach Josh Been, who has compiled a record of 47-5 over the past four years, it’s just another day on the gridiron. “We’re going to have to fill a lot of positions lost to graduation but we have lots of tools left to make another run. We’re always looking forward to getting back after it with a new team, “said Been. One of those “tools” remaining is the versatile Thomas Brownfield (6-3, 170, Sr.) who may be tasked to take over the signal calling from four-year starter Joey Fowler. Brownfield has played some quarterback, running back and wide receiver where he led the team in receptions last year and Been knows he will be one of the keys for the Dragons this season. “Thomas is a great athlete with great speed and was one of the biggest playmakers from last year’s state championship team. We’ll have to give him several touches at whatever position we need him to play in 2021,” said Been. Also returning for the Dragons will be receiver Marshall Been (5-11, 195, Sr.) who has averaged nearly 20 rreceptions a year for the past two seasons and is also in the quarterback mix along with Tylor Maldonado (6-0, 230, Sr.) who returns to the offensive line. The Dragons expect to find added offensive firepower results form Kaelem Carter (5-10, 170, Sr.) and newcomer Jameson Ross (5-10, 165, Sr.).

This side of the ball has a bit more experience returning and may need to carry the offense in the early going while they put all the pieces together. Marshall Been will be at defensive end where he recorded 16 sacks and 26 tackles for loss in 2020. “Marshall has worked extremely hard to become the player he is today,” said head coach Been. There’s not a player on our team that outworks him and he has grown to be the kind of leader we will need this year after losing so much to graduation.” Maldonado, who led the team in tackles last year with 110, is back at linebacker for Dewar. “He’s a quiet guy who leads by example,” said Been. “He’s always prepared and fans and players alike love him,” Brownfield returns to the secondary where he led the team in interceptions with seven last year and he’ll be joined back there by Kaelem Carter who had 68 tackles last year. 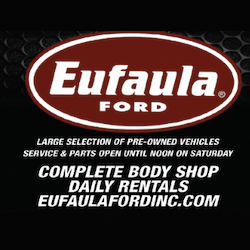