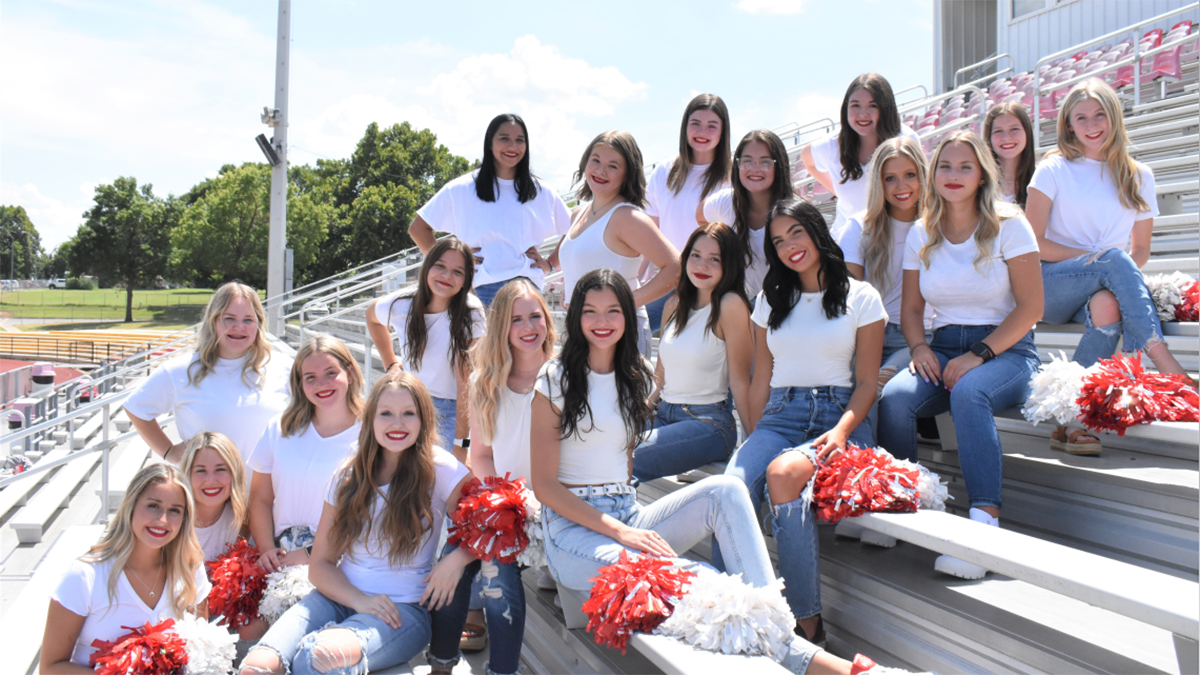 When the Fort Gibson High School varsity cheer squad takes the field this season, they will be under the leadership of coach Billie Bethel and coach Heather Adney. Coming into the season the Tigers have spent much of their time preparing to compete in the state cheer competition which is something new for this team.

“We are preparing to be the very first Fort Gibson varsity cheer squad to compete in an OSSAA competition. We had planned to compete last season, but COVID and quarantines took out our squad one day before the competition,” said coach Bethel.

This off-season the cheer squad has continued to work hard on their tumbling and jumps and as the summer turns to fall, their excitement level is growing. Coach Bethel said the team has solid leadership from a large senior class.

“Sydney is always smiling whether it be at practice, on the sidelines of a game or walking down the high school halls. She does whatever needs to be done and is a great role model for our underclassmen,” said coach Bethel. Logan Milligan is one of the unsung heroes of this team thanks to her willingness to do whatever it takes to help the team succeed. Kiercy Maxey, another senior leader, on the mat and in the classroom. Senior Lydia Schultz sets a great example for the underclassmen to follow.