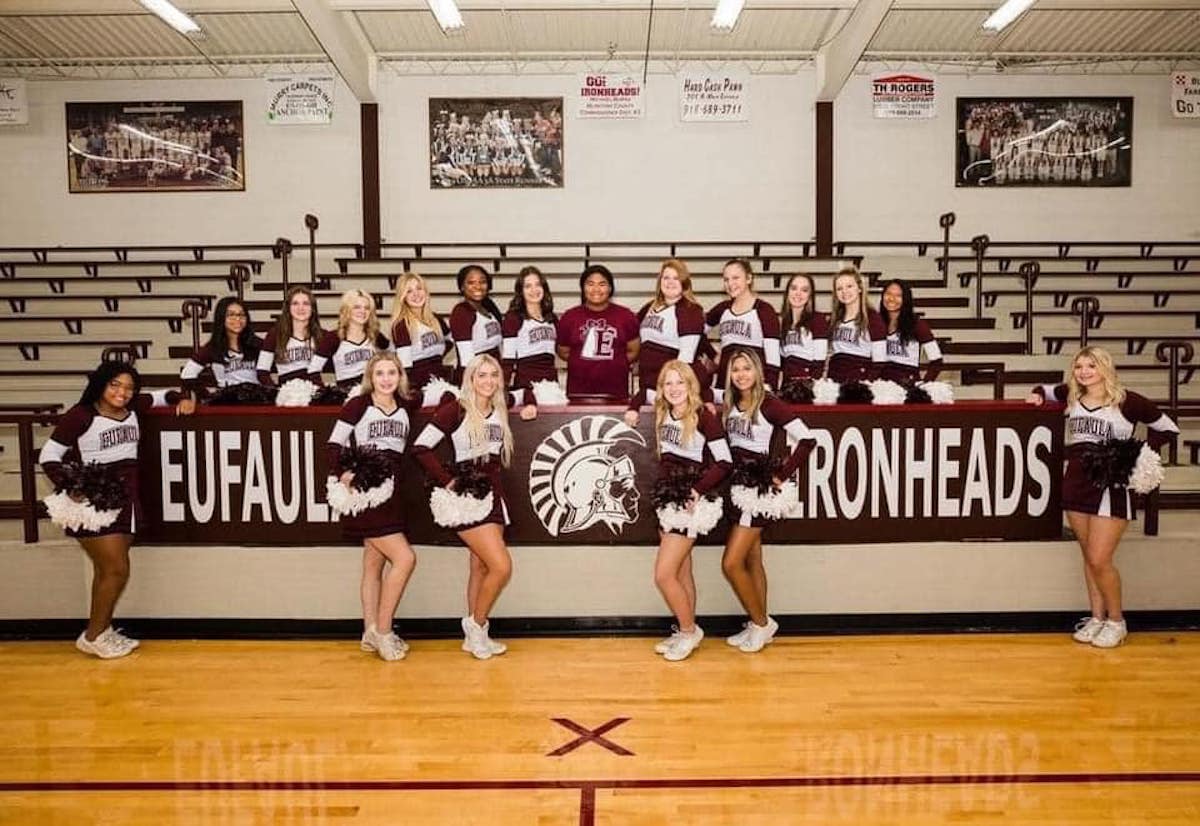 With a relentless spirit and heart of a champion, Eufaula football proved to be among Oklahoma’s best by advancing to the Class 2A state semifinals for the first time since 2005 with a 12-2 record. The 2021 Ironheads achievements continued a streak of eight consecutive playoff appearance after winning the Class 2A-6 district title for a fourth straight year continuing a 27-game winning streak in district play. The seniors over four years were 42-10. Like their heroes of the past, the 2021 football team earns legendary status and the support of their fans who proudly shout…How ‘bout those IRONHEADS.”

The Pride of Eufaula hosted their second annual “Ironhead Invitational” Marching Competition at Paul Bell Stadium in Eufaula, September 25, where they hosted 18 bands from around the state.  The Pride of Eufaula competed at the Glenpool and Beggs Marching Competitions where they earned first place drum majors in 3A and second place in Class 3A, also earning a spot in the finals portion at Beggs, earning a top 4 spot out of 24 bands.  They finished their competition season at the OSSAA Regional Marching Contest where they earned a Superior Rating for the 30th year since 1990.  Eufaula HS Band has also been chosen to be a 2022 OKMEA Honor Group at the 2022 OKMEA Music Educators Association and they will perform for the entire state on January 20, 2022 at the Tulsa Performing Arts Center.

From the football sidelines to pep assemblies, the Eufaula HS cheer team continues to set standard of school spirit. Coach Lori Curtis’ team recently competed in the OSSAA GameDay Cheer competition sponsored by the OSSAA. The energy and talents of this year’s squad is another example of Eufaula Pride.

Two members of the Eufaula cross country teams proved to be among the best in the state as Tori LeFlore and Colter Roberts advanced to the OSSAA Cross Country State Championships.  With grit and determination, the two Eufaula juniors earned their third consecutive state meet qualification.

Eufaula FFA members attended the National FFA Convention as the group attended personal leadership and time management workshops and heard some great keynote speakers. While there, FFA member Jaci Combs received the prestigious American FFA Degree, an achievement of very few and a hard earned award. Jaci is the 8th Eufaula graduate to receive this award in the program’s history. Eufaula FFA contest results have qualified two more team to state tournaments in November. The Senior division sporting clays team placed first in the area with Adam Jones winning high individual missing only one target while the Junior division team also placed fourth to advance to state. At the state tournament while competing against 80 contestants, Jones placed third in sporting clays contest in the senior division. The senior team placed 12th in the state while the junior team placed 13th in the state.