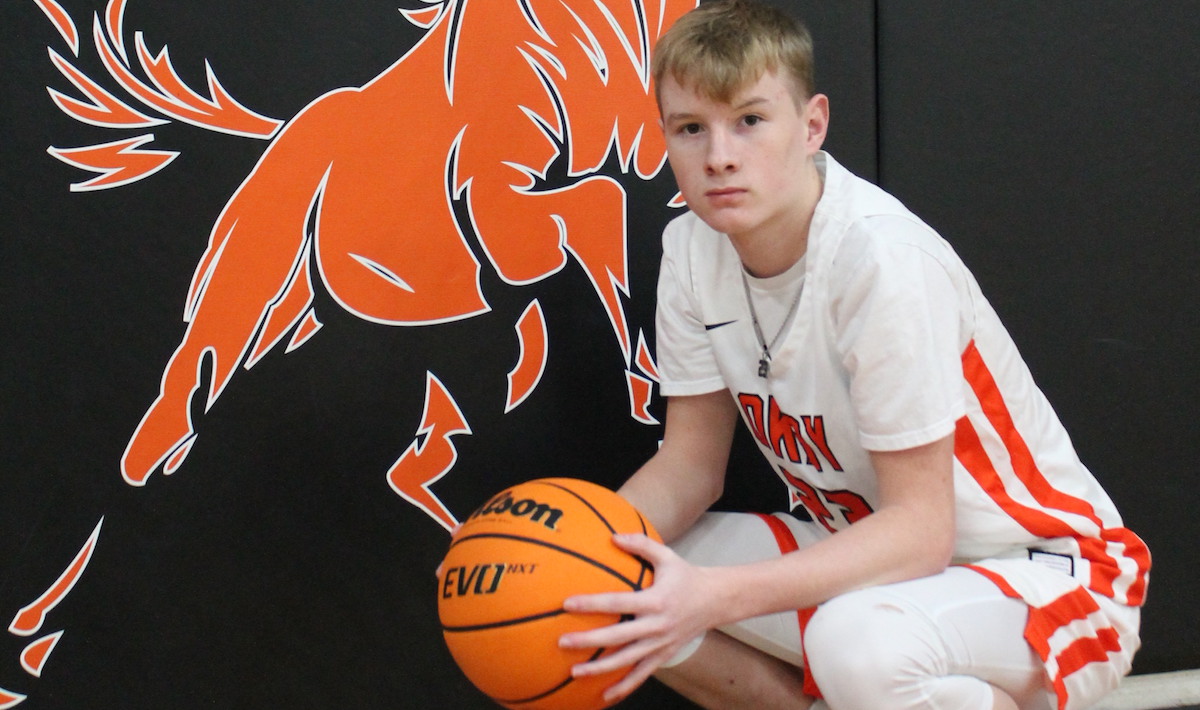 Being a good basketball player isn’t always about how much skill you have. Okay’s Ashton Walters may be a good example of that. To be sure he does have skills. As the starting point guard for the Mustangs last year, he averaged around 14 points a game. But as you listen to him and his coach Chad Clark talk about basketball, it’s apparent that there’s more to the player than points.

“He’s easily the hardest worker on the team by far,” said Clark. “He’s got great character and is the best teammate you could ever have and I’m saying that standing here with 30 other folks wo agree.”

Ashton grew up in the K-8 Norwood school where basketball was the only sport offered.

“So I decided I would give it a try and I loved it. I like the team aspect of basketball because it’s not just about one person.” said the sophomore who also plays AAU basketball in the summer. “The biggest thing for me about AAU ball is the repetition. We played almost every weekend and the tougher competition also helped me become a better player for my school.”

As far as player role models, Ashton was quick to answer.

Walters will probably alternate between the guard positions this year according to Clark who discussed his team’s youth.

“We don’t have any seniors so we’re freshman and sophomore heavy. I’m not even sure I have anyone on the team that has a driver’s license yet,” Clark laughed.

One of Ashton Walters strengths is his hustle and determination according to Clark who Ashton credits with being a motivator for him.

“Coach Clark and my dad always remind me that there’s always someone out there working harder than me.”

That must be one amazing player if he outworks Ashton Walters.