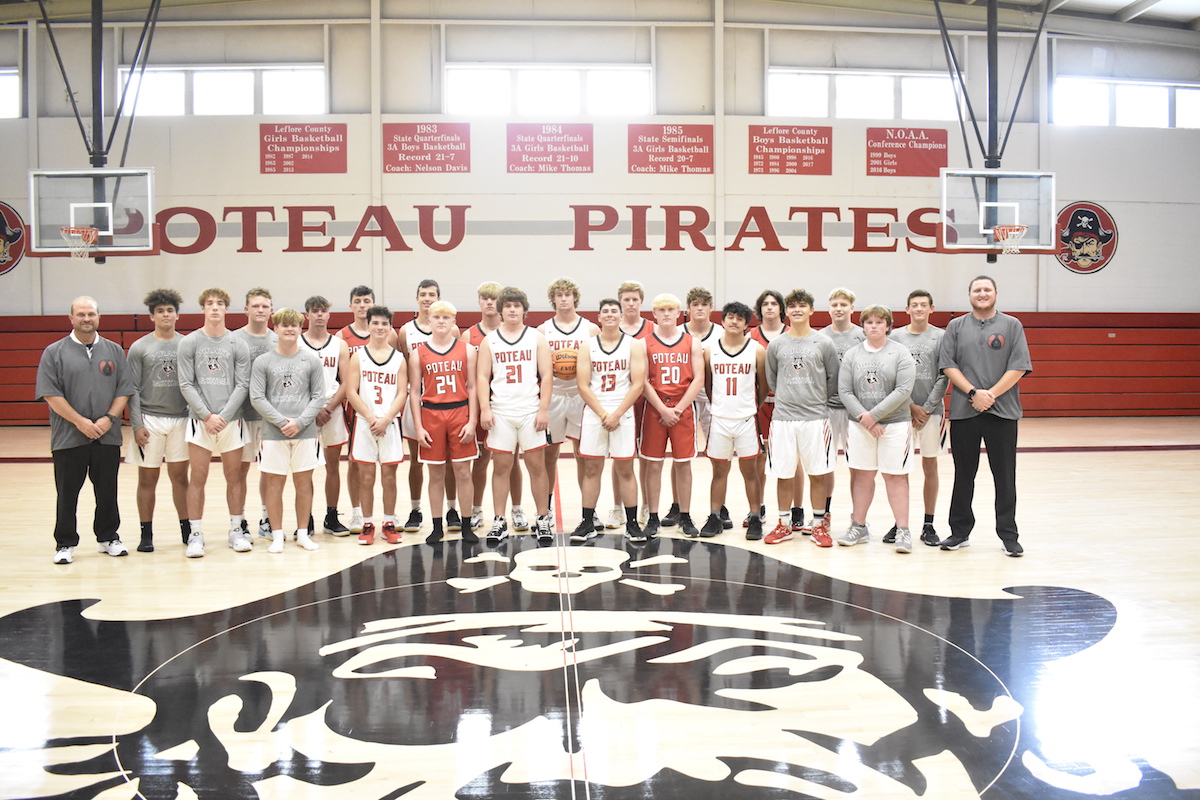 For the Poteau Pirates, defense is a part of the success both in football as well as basketball. When combined with the athletic and playmaking talents of a solid group of underclassmen, Poteau head coach is anticipating an exciting season filled with opportunity.  Dean Odom (6-3, Sr.) who led the Pirates in rebounds a year ago averaging 8.4 boards per game brings a physical presence to the front line and will be joined by Dax Collins (6-2, So.) and Jayden Wooten (6-2, Jr.) to solidify defensive efforts through strength and athleticism. After earning conference newcomer of the year honors last season, Wyatt Gamble (6-1, So.) enters his second season at guard after averaging 9.4 points per contest as a freshman and will be joined by Jace Hall (6-1, Jr.), Champ Downs (6-0, Jr.) and Connor Whitworth (6-1, So.) to provide scoring from the perimeter. “We will defend as well as any team on our schedule,” said Wood, now in his second year at Poteau. “When you put all the pieces together, I’m confident we will be more explosive offensively than most people think.”

Poteau welcomes a new head coach as Johnny Mason steps on board the Lady Pirates ship ready to set sail with a crew of basketball talent that will combine a majority of young players with a couple of upperclassmen to design a recipe for success. “Look around the floor and it’s easy to see we’re a young club,” replied Mason. “A freshman, four sophomores and a couple of juniors will join our two seniors in the rotation as we get the game time experience that we need to improv.” Annie Baker (5-9 Sr.) who averaged four-plus points per game brings all-in efforts on both of the court to lead the charge supported by the energy of a quartet of players who all gained game experience last year as freshmen including forwards Brooklyn Garner (5-9, So.) and Parker Patterson (5-8, So.) and the guard duo of Annika Dill (5-8, So.) and Savanna Bryan (5-3, So.). Kail Chitwood (6-1, Jr.) a transfer from Pocola, brings versatility to the court with her ability to not only post up in the paint but also step out and shoot from beyond the three-point line. Expected to add to the inside talent will be forwards Apalonija Neal (5-10, Sr.) and Chyanne Brickell (5-10, Jr.).