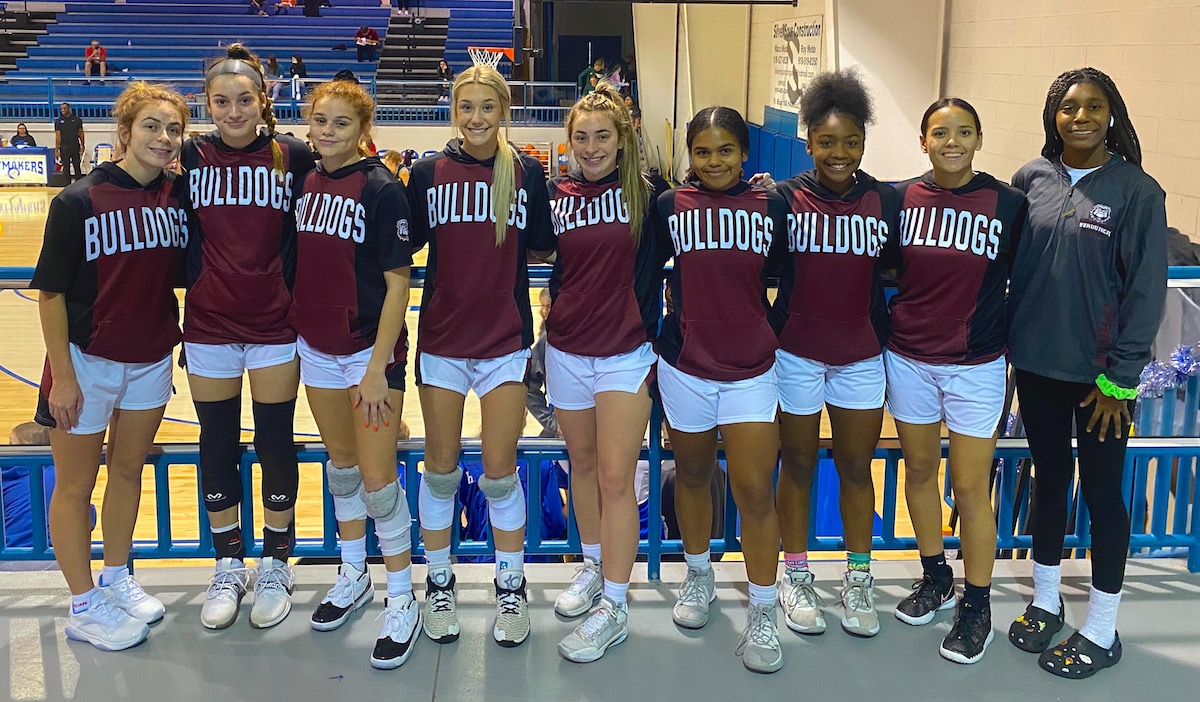 If the past can best predict the future, then success will come for the Bulldogs as 1999 grad and Tulsa University alum Dante Swanson takes the reins as head coach after serving as an assistant last year.  Swanson begins the year with a roster empty of returning starters but with a collection of talent that will hopefully mirror the style of play of their coach. “We’re young by age and by game time experience plus we’re not very tall. But we have a group of kids that want to compete,” explained Swanson. “I think our kids will prove that size doesn’t always matter. When you know how to play the game and compete non-stop, good things can happen.” A trio of seniors are ready for their turn in the spotlight including the high-energy efforts of Jack Souther (5-10, Sr.) who averaged 5.0 points last year along with ball handling talents of Corbin Marsey (5-10, Sr.) and Derrick Teyon (5-7, Sr.) who Swanson defines as the hardest playing kid on the floor. A quartet of talented freshmen will see prime time action including the strong and aggressive play of Alex Shieldnight (6-3, Fr.) who joins Jashawn Davison (5-7, Fr.) that Swanson calls the best shooter on the team. Matt Swanson (6-0, Fr.) adds a scorer’s mentality and Dante Swanson Jr. (5-9, Fr.) is a shooter/defender combo player according to the Bulldogs coach who is confident his team will compete against every opponent. “When you outwork your opponent, you always have a chance to win. I expect our team to play hard start to finish on both ends of the court,” said the first-year head coach who says there may be a couple of additions to the roster from players coming off the football team.

Wagoner girls have an influx of talent that has opponents paying close attention to the warning signs…”Beware of the Bulldogs.” Among the new faces on the court for head coach Randi Pawpa will be Gracy Shieldnight (6-1, So.) who moves from a starting role position at Fort Gibson where she averaged 9.0 points while grabbing 6.8 rebounds as a freshman and joins Ellee Bryant (5-7, So.), who moves from Inola and Pawpa describes as a strong defender against bigger players as well as a great outside shooter. Completing the sophomore quintet will be Cambri Pawpa (5-7, So.) at point guard who can deliver points from behind the arc and direct the offense along with another three-point specialist Gracie Burkhartzmeyer (5-8, So.) amd Brooklyn Austin (5-6, So.) whose speed allows her to finish off the bound as well a cause havoc defensively. Kara Bruce (5-8, Sr.) gives the Lady Bulldogs another rebounder while Joci Bryant (5-7, Jr) delivers a fierce competitive style of play that pays dividends on either end of the court. The combination of talent and aggressive style of play gives the Wagoner coach plenty of reasons to smile. “The new faces will make an immediate impact. Altogether, we will be very athletic and competitive,” claims Pawpa.