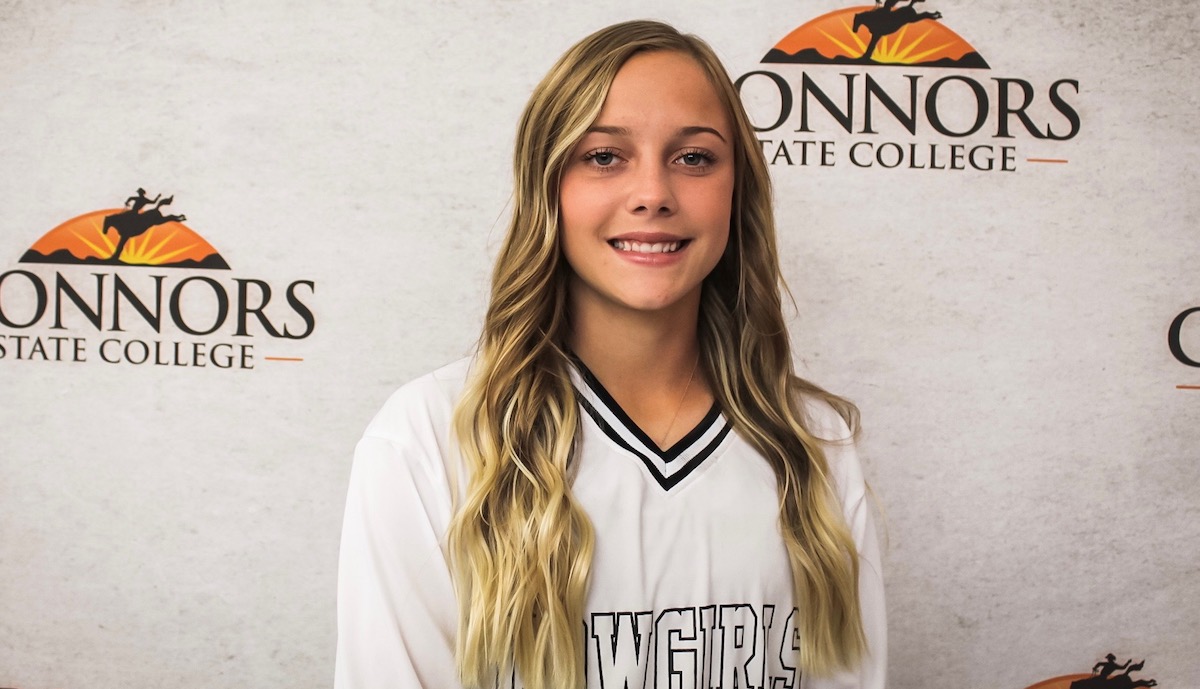 Passion for the game. It is a quality that many people feel is lacking in today’s college athletics. But Connors State College softball player Skye Brooksher may be an exception according to her coach Bryan Howard.

“Skye has a unique leadership ability as a freshman working around eight sophomores. Her top attribute is her crazy passion for the game and bulldog mentality she shows on the field. It’s a trait that is difficult to find in players now a days. She’s not afraid to be vocal and her teammates respect her and respond and that’s why she’s starting for us as a freshman,” said Howard.

Brooksher is a Gore native and played not only softball but basketball and a little track in high school. She started playing T-ball young and stuck with it and found a role model early on.

“My Uncle T was a role model for me growing up. He played college ball at Mid-America Christian University, and I remember going to watch him play,” said Skye. “When it came time for me to decide on college, I checked out two or three places, but I just really liked Connors and coach Howard is organized and disciplined and I like someone who’s not going to take it easy on you and expects the best out of you.”

The adjustment from high school to college has been pretty smooth after some early jitters according to Brooksher.

“I was a nervous at first but once I got past that it’s been fun. The instructors have been really good about helping freshmen adjust to college, so my biggest challenge has really been just creating a bond with new teammates and learning the ways of a new coach.” During the ball semester, the Cowgirls have played several scrimmage games against larger teams such as Rogers State, Tulsa, Cameron and Oklahoma Christian.

“We like to play these games to not only give us an idea of how we’re progressing as a team, but it also gives the girls exposure to other coaches and programs that might be part of the next level for them,” said Howard.

Though she played catcher most of her high school career, Skye will start at shortstop for the Cowgirls when the season begins in a few weeks and Howard says he is looking forward to seeing the young freshman perform.

“I can’t brag on her enough. She’s one of those rare players you get to coach that may be small in stature but big in heart and determination,” said Howard. “I wish I had ten of her.” And that’s how Skye Brooksher is doing things the Cowgirl Way.