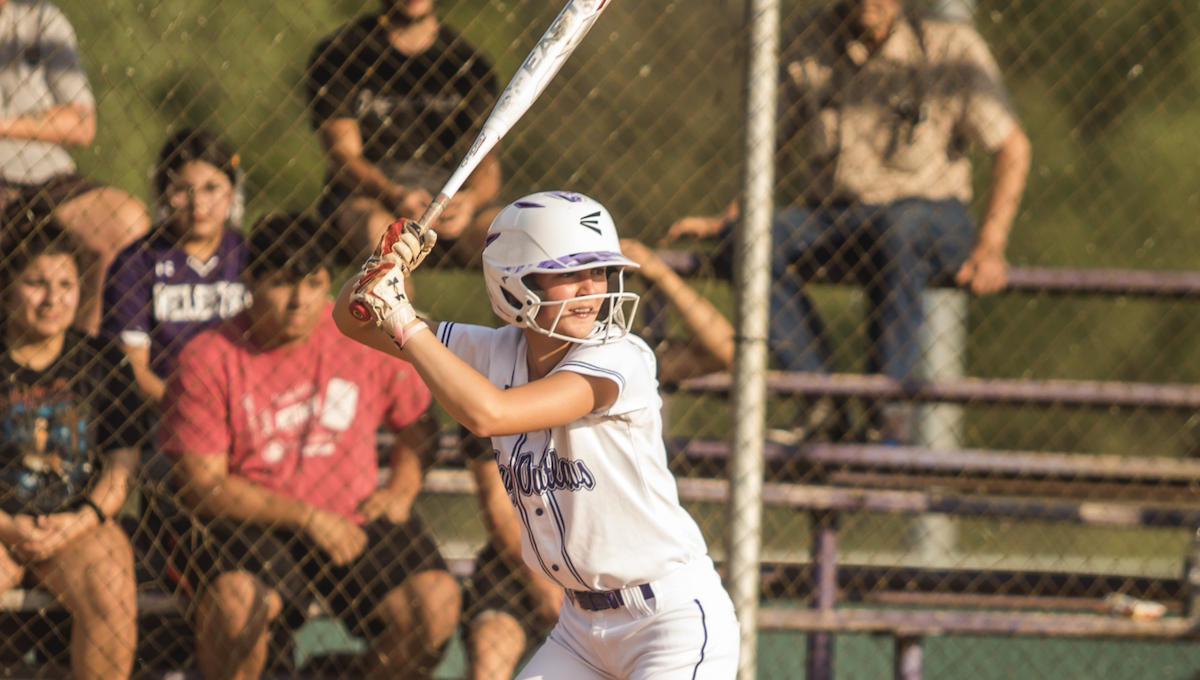 If you look up the word speed in the dictionary you may find a picture of Weleetka senior Taylor Baker.

“Yes, speed is definitely her big weapon,” says her softball coach Chase Smith. “She’ll hit a lot of triples because she can get that extra base and if she gets on first, she’s a sure bet to steal. Taylor is friendly and outgoing and well respected by her teammates and she can really take a game over, especially in fast pitch because of her defense in center field.”

A four-year starter, Taylor has been named All-Conference twice and All-Region this past fall. For her career she’s hitting .486 with 78 stolen bases.

In addition to fast and slow pitch softball, Taylor also plays basketball for the Lady Outlaws and runs the anchor leg on the track relay teams. She’s also an outstanding performer in school carrying a 4.07 GPA and taking concurrent college classes.

“My mother always stressed being a straight A student because it would make a big difference when I got to high school,” said Taylor who is president of the student council, a member of the National Honor Society and the Indian Honor Roll, in FCA and does archery and shoots skeet for FFA. As a senior team leader, Smith says that Taylor leads by example while encouraging her teammates.

“I feel like a good leader is someone who does the right thing even if they don’t feel like it while staying positive because there are people who pay attention even you think they don’t,” said Baker.

Taylor says one of the highlights of her time at Weleetka was hitting her first home run last spring-even if she wasn’t supposed to.

“She missed a take sign on a 3-0 pitch and crushed the next pitch over the left field wall,” laughed Smith. “When I asked her about missing the sign, she kind of smiled and said ‘didn’t you tell us we need to capitalize on our opportunities?’”

Taylor says she grew up admiring former OU softballer Lauren Chamberlain as Baker moved from playing baseball at age four to softball at nine. For her senior year Taylor says she would like to hit at least one more homer and make a diving play in the outfield. She plans on going to college to study nursing and would like to be remembered as a good leader who did things the right way.