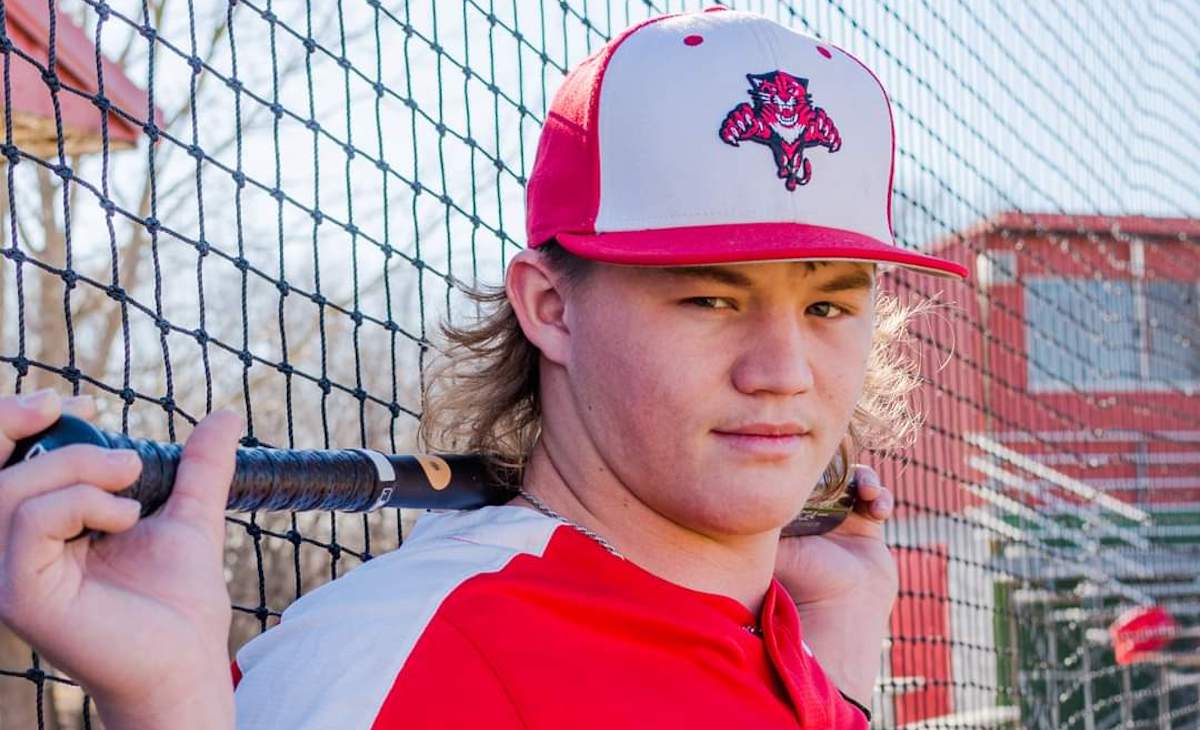 Ray Lewis said, “Do you. Don’t do it to be liked. Do it to be respected.”
Every time Stigler High School senior Austin Swaim steps on the baseball diamond, the only thing he has on his mind is to play the game. It doesn’t matter if his opponents like him, but he hopes to earn their respect by playing a hard-fought game.
Austin has been a member of the Panthers varsity team for the past three years. However, since this is his last year to suit up, the senior has already set goals for the upcoming season and is eager to get on the field.
“My goals for this season are to hit .350 or above, have less than eight errors, and hit three home runs,” he said.
Wearing the No. 6 jersey, Austin plays third base, shortstop, and second base. Last year his hitting stats included a .346 batting average, 18 runs, 18 hits, 17 RBI’s, six doubles, three stolen bases, and he hit his first home run last season. On defense, the Panther has racked up a .904 fielding percentage along with 52 total chances, 28 putouts, 19 assists, and one double play.

“Austin has been a big part of this program for the past three years. I am expecting big things from him this season, and I know he’s expecting big things as well,” said SHS head baseball coach Kevin Wilkett. “He has worked hard this off-season, and I’m excited for what his future holds.”
Throughout his high school career, Austin has been able to hone his talents under the watchful eye of his coaches. However, this season as a senior, Austin has a new role as a leader, and he couldn’t be more honored.
“Leadership to me means someone has to take the role of being the one everyone looks up to in times of need or when things don’t go right,” he said with a smile.
Austin grew up playing the game and picked up his first bat when he was two years old. So, it is safe to say that he was born to play. When asked what he liked most about baseball, he responded, “My favorite thing about the game is that you get multiple opportunities to do better than you have previously.”
In addition to baseball, Austin has also been active in football for four years. He has earned numerous awards which are likely to expand at the end of his career.
Throughout his journey, Austin credits his success to those who have helped him along the way. While he cites professional athletes like Mike Trout and Ray Lewis, the one he spoke of the most was his father.
“I give credit mostly to my dad for pushing me to do my best always,” he said. “Also, my current and previous coaches.”
The Panthers 2022 season starts March 1 and Austin plans to come out swinging!