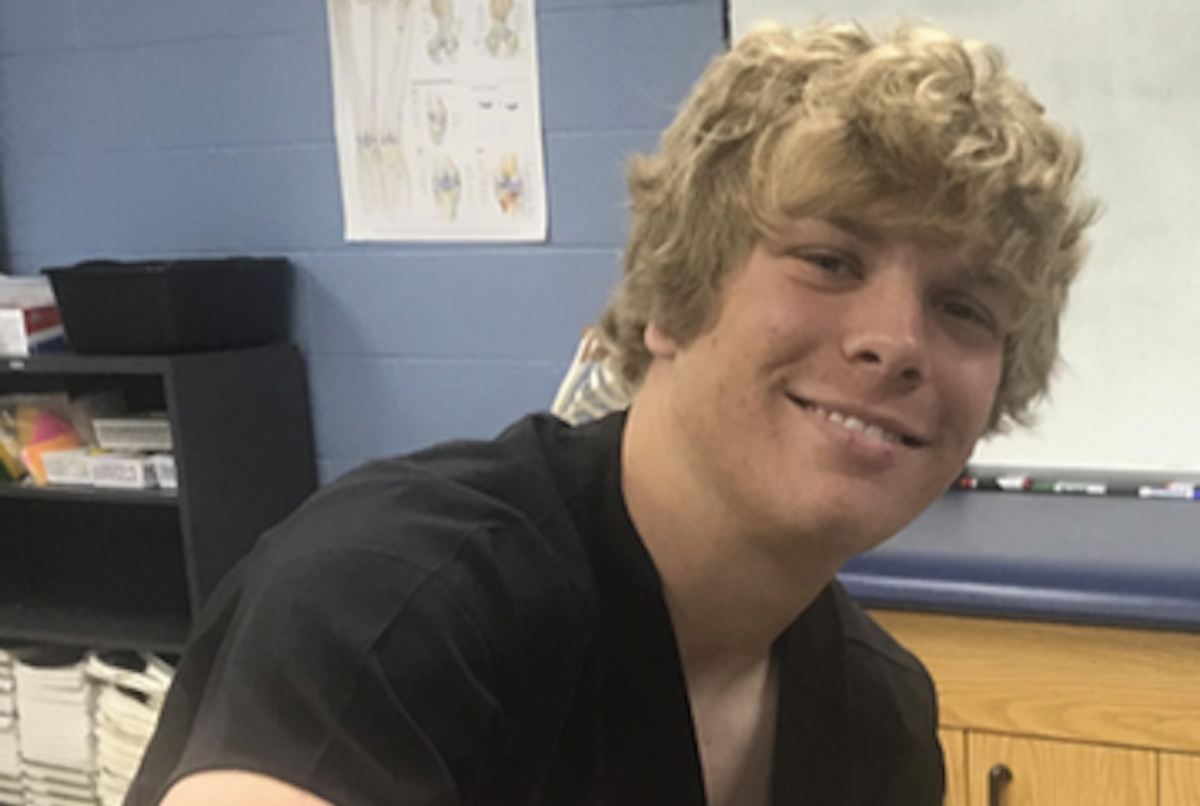 Overcoming adversity has just been a way of life for Hilldale senior Patrick Murphy but his never-quit attitude has helped him overcome obstacles and find success athletically and academically.

“I was born deaf which required cochlear implants and hearing aids. When I was young it didn’t bother me much because I didn’t know any different. But as I got older then I began to realize more challenges, but I had great friends who accepted me and made it easier.”

Although he didn’t start playing soccer until he was around 11, Patrick quickly picked up the game and became a starter for the Hornets.

“When I was young, I tried football and basketball, but they really weren’t for me. But then I found I was pretty naturally talented in soccer, and I just love to play. The more physical and competitive the better,” Patrick laughed.

Although you might not think of soccer as a sport with lots of injuries, Patrick has had more than his share starting with a fractured growth plate in middle school to a torn hip flexor and various back strains and ankle injuries. For Patrick these involved overcoming more obstacles and spending a lot of time in physical therapy which ultimately led to his interest in the Sports Medicine program at Indian Capital Technology Center in Muskogee.

“During my time in physical therapy and in the class, I’ve learned a lot of strengthening exercises that I pass along to my teammates as well. I love the environment of this class because a lot of them are fellow athletes, so we have a lot in common.”

Meagan Caldwell is the instructor for the class, and she talked about the general curriculum and about Patrick.

“My students learn about general information in allied health so they can move into areas like physical therapy, occupational therapy or fitness. They learn anatomy, physiology and treatment of injuries through classroom work and clinicals. Patrick is a special kid who just doesn’t quit even with his challenges. We work with him in class to adjust the sound or turn on sub-titles if needed on videos.”

Another challenge for Murphy in class was taking vital signs. Because of his hearing disability, Patrick can’t use a typical stethoscope, so he and the class have developed a special device to help him overcome that problem.

“We’ve put together a device that is blue-tooth paired with my hearing aids that lets me use it like a stethoscope,” explained Patrick.

Murphy is unsure about college plans but wants to pursue something in the medical field. And with his never-say-die attitude is there any doubt he will succeed? With the benefits gained through learning by doing at ICTC, he’s definitely one step closer.