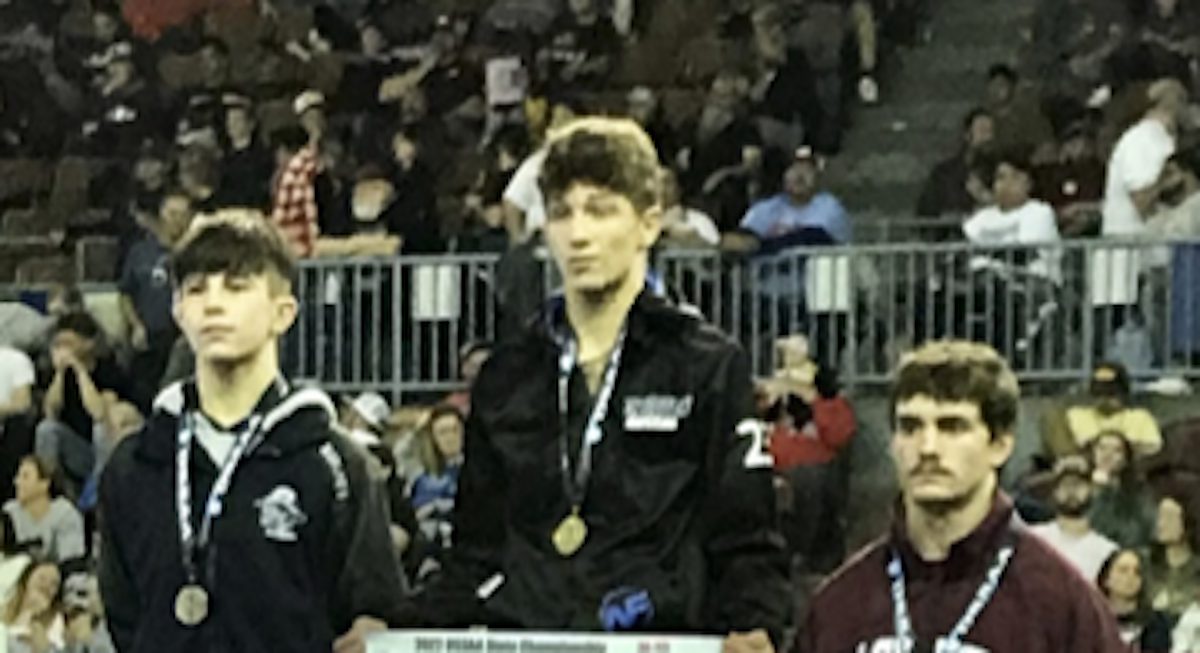 So how do you set a goal for yourself when you’re just a freshman and you’ve already won the highest title the state can give you as an athlete? That’s the question facing Checotah freshman Colt Collette who recently won the Class 3A state wrestling championship at 113 pounds.

Given his background, it really wasn’t much of a surprise to those that know him that Colt won the state title.

“I think he probably started wrestling when the pacifier came out of his mouth,” laughed his coach, Brett Olleson. “His brother came through our program and was a two-time state placer and his dad has coached our youth wrestling program for 10 years or so. I’ve coached him since junior high and he’s one of the best technicians of wrestling that I’ve ever coached.”

Colt is a three-time winner of junior high all state in a combined group that includes Classes 3A-6A. He’s won the Reno tournament and has been a placer in the Tulsa Nationals.

“In my opinion, he’ll be the next four-timer to come out of Oklahoma,” said Olleson.

He hopefully didn’t still have the pacifier when Colt says he started wrestling around four or five. He watched his brother wrestle in the youth league under the coaching of his dad who wrestled some in high school, according to Colt, until his senior year when he began rodeoing.

“The thing I like about wrestling is knowing that not many people are willing to put in the hard work it takes to succeed and then seeing that work pay off,” said Colt who played defensive back and linebacker for the Wildcat football team last fall. He’s also planning to run track this spring, probably doing the longer distance races.

During the off-season, Colt says he plans to get more involved in some freestyle and Greco wrestling. And when asked what his favorite class is in school, it should come as no surprise that his answer was.