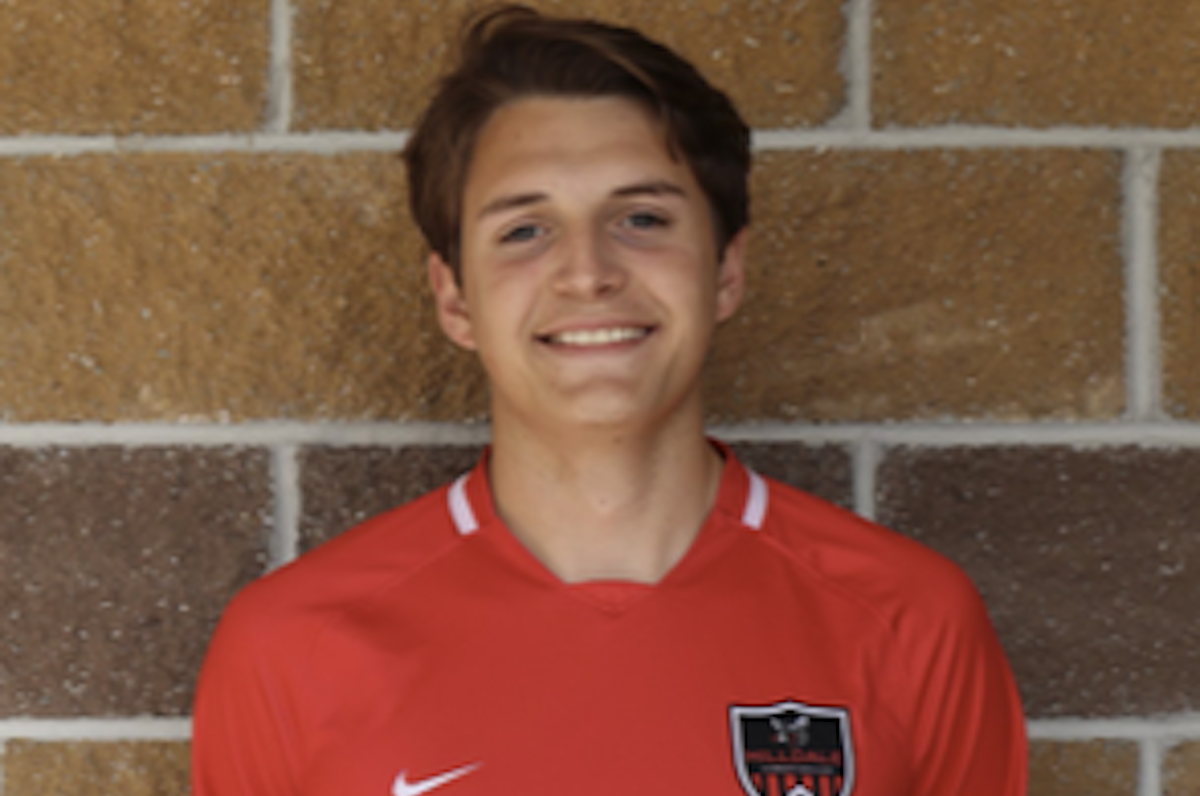 Being the little brother in an athletic family can sometimes be a hardship because you’re always being compared to the feats of your older siblings. But it can also be the spark that helps mold you into your best athletic self and that seems to be the case with Hilldale senior Pearson Weaver.

Since shortly after Hilldale started a soccer program there has always been at least one Pearson on the pitch starting with oldest brother Latham followed by Corbet and now Pearson. At one point a couple of years ago, all three were on the Hornet team together and early on Pearson says that was a bit of a challenge for him.

“It was a little tough my freshman year to try and establish an identity with two older brothers already playing, but I think that also pushed me to play my best,” said Pearson who is also in the National Honor Society, student council and the Hilldale Select Choir. “Our household was really competitive, but it really helped shape me into the player I am today. I’d always play up with my brothers and their friends and teams and they’ve really had an impact on my life as well as my parents who have always pushed me to be my best.”

Hilldale coach Connor Schwab has coached all the Pearsons and has seen the soccer program improve over those years due in part to their contributions.

“Pearson is a four-year starter and is a big difference maker for us. He’s our team captain this year and he’s the kind of guy you can form a team around. His class was the kind you want to build a program around and they’ve helped us come along way from winning our first playoff game his freshman year to making the state semifinals last year. He leads not only on the field but in the classroom where he helps make sure our kids stay eligible. He leads by example but he’s also not afraid to call people out, whether it’s a friend or a new player, if need be.”

Pearson has been involved in club soccer from an early age and says that extra experience has been a big help in his school soccer.

“I think club soccer is very important. I think that experience has helped set me apart and helped me earn the respect of my school teammates and made me a better school soccer player.”

Weaver’s long-range goal after Hilldale is to attend medical school but at this point what happens before that is still uncertain.