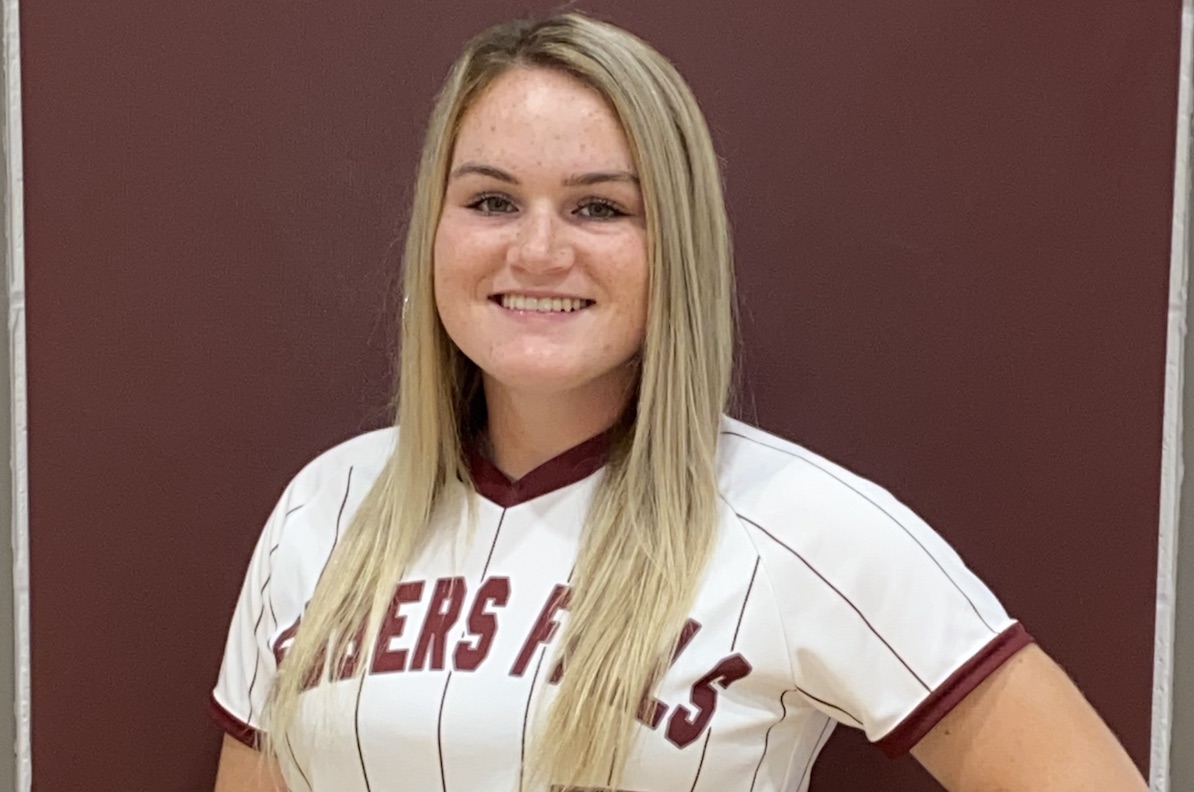 Success never comes easy. Still yet, as Webbers Falls senior Brooke Wyatt understands, when you’re willing to adopt an attitude of whatever it takes and fully embrace it, you can create a pathway achieving your goals and ambitions.

“This community has had many adversities, case in point the flood of 2019 and Covid 2020; yet the community and students have continued to strive and grow stronger through the years,” said Wyatt.

Wyatt has been in the center of success in sports, in the classroom and her hometown. On the softball fields, “number-7” welcomes the opportunity to be a game changer.

“I enjoy being in control of every pitch and the adrenaline of being on the mound and having the game on my shoulders,” explained Wyatt whose efforts in the fastpitch circle have earned her an opportunity to play on the collegiate level at Connors State College. “I also enjoy having a team behind me that I know when the ball is put in play they will get the out.”

With true grit and a smile, Wyatt embraces the opportunity to make a difference.

“A leader will build their team up and know we work as a team and never just an individual to lead our team to victory, Wyatt emphasized. “It’s about optimism because when we are down in a game we encourage each other to keep our heads in the game and we build each other up because we know we can fight back for a chance to win.”

It’s these qualities that have earned Wyatt the respect of her teammates and coach.

“Brooke leads by example with her hard work,” said Lady Warriors coach Stefanie Norman. “She’s positive and always builds up the confidence of her teammates while also being the player who makes the defensive play or gets a hit when needed.  Her ability to pitch herself out of tough situations shows her mental strength and maturity.”

Wyatt sets the standard in the classroom by maintaining a 4.0 GPA and earning membership in the National Honor Society while juggling the time demands of playing softball and basketball as well her active participation with FFA and the Fellowship of Christian Athletes.  An active member of the Webbers Falls Baptist Church, she volunteers monthly for the community food drive where she, along with other students, organizes and hands out food.

“Academic achievements relate to success on the playing field because if you are going to be good at something you have to prioritize your time, be mentally strong, study hard and work hard to demonstrate your work ethic on and off the field.”

Those who know her best would agree that Brooke Wyatt proves the value and importance of making character count everyday.

“A person’s character can best be described by someone’s loyalty, authenticity, courage and their honesty,” Wyatt explained. “True character is judged on and off the field with everyday life. I try to listen to my people. Give advice when they need me to but also try to always do the right thing no matter what situation is at hand.”

It’s a proven fact; Brooke Wyatt remains on her pathway to success while making a positive difference to the needs of others along the way.