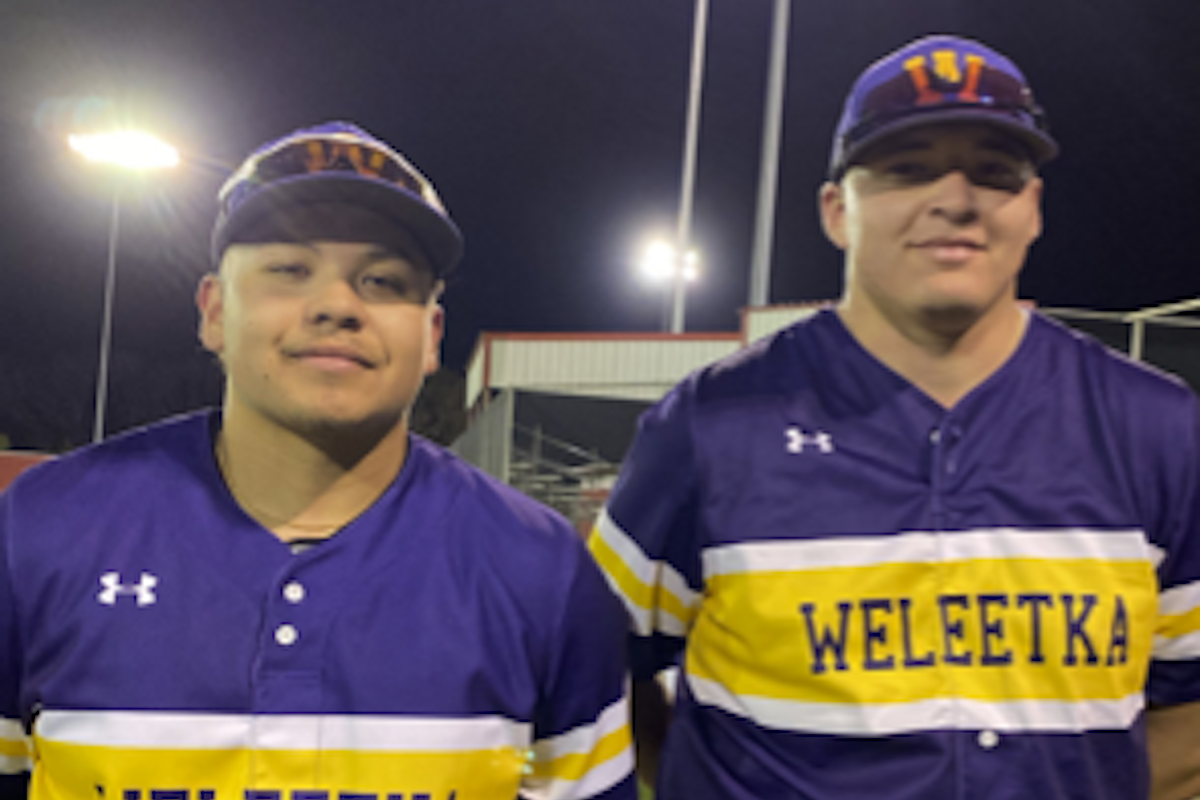 Emery Birdcreek and Evan Marshall are the two senior members of a young Weleetka baseball team this year that also features a couple of juniors with the rest being sophomores and freshmen.

“I’ve had them both since they were freshmen and I’m really counting of them to step up as leaders and players this year,” said baseball coach Rodrigo Barcenas. “Emery plays first and third base and has become a more consistent hitter this year spraying the ball everywhere. He’s hitting .581 right now with 28 RBIs. He’s probably a little stronger leader than Evan as he’ll get on the younger guys if need be and he’s always the first one in the cage or on the field. Evan plays third base and pitches for us. He’s really improved his work ethic this year. He’s hitting .321 with 25 RBIs,” said Barcenas.

Birdcreek also played football for the Outlaws where he was a tight end and offensive lineman.

“My dad got me into baseball because he played it when he was younger, and I just fell in love with it. I’ve played summer ball with the 918 River Rats out of Keys for several years and my role model is Manny Machado of the Padres because I just like the way he plays the game.”

Marshall was also a lineman in football and plays on the golf team.

“I started playing baseball on a team with my older brother when I was four or five. We played together here for a couple of years, and he was always pretty hard on me. I grew up watching Ken Griffey Jr. because I liked his swing. Becoming a senior leader has been a little tougher for me because we used to goof off a lot when I was younger and now we’ve got to take it more seriously and set a good example,” said Evan. “Balancing baseball and golf hasn’t been too tough. The golf matches are mostly in the mornings and then I race back to play baseball in the evenings.”

At this point, both seniors are set to try their luck as walk-on athletes at the next level. Birdcreek plans to go to East Central and try out for baseball while Marshall will attend Seminole State and tryout for the Trojan golf team.