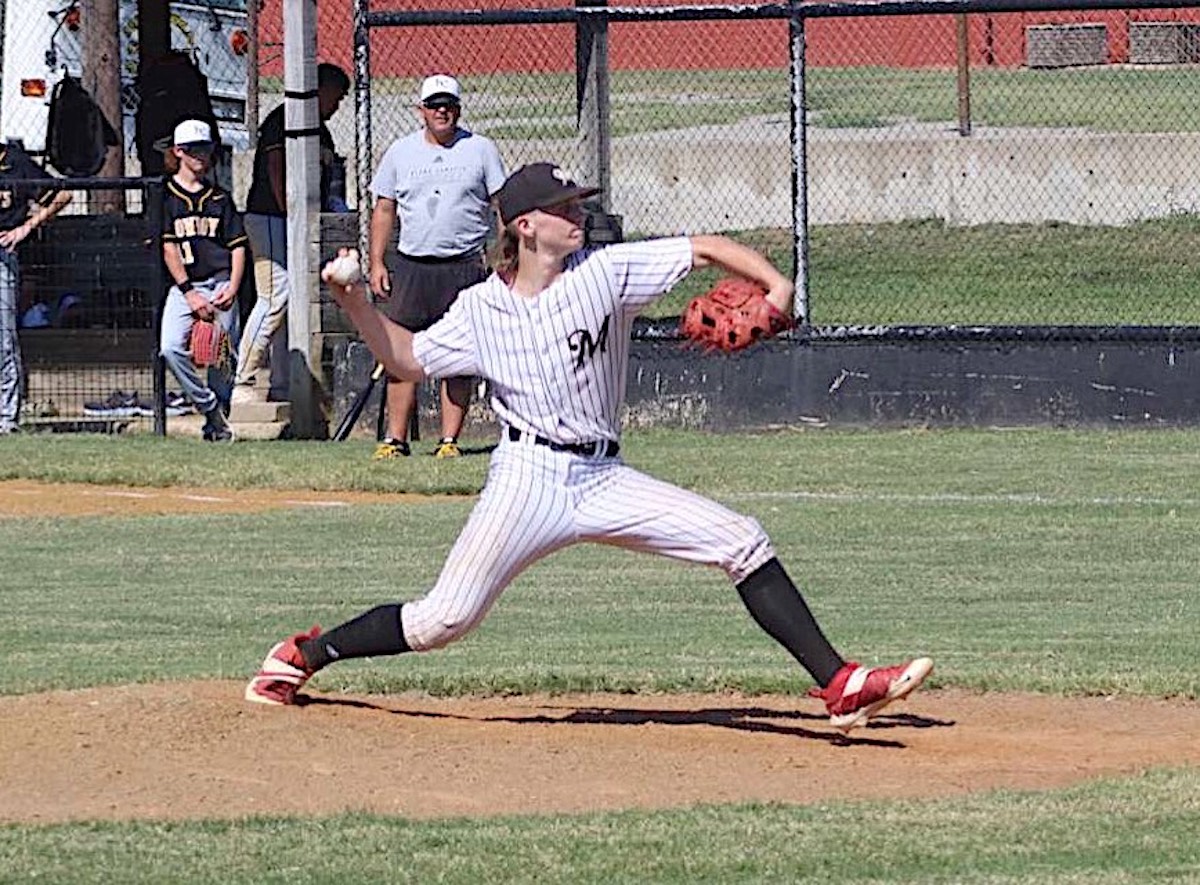 To say that sports, specifically baseball and basketball, are part of the everyday life of Ben Bond would be an obvious understatement.

“I actually began playing baseball when I was three years old. I was on the same team with Korey (Lovell) and Zane (Cooper) who are still my teammates today,” chuckled the junior-to-be at McCurtain High School. “I enjoy playing both but baseball is my passion for sure.”

Whether he’s on the mound as the Bulldogs pitcher or donning the protective gear while in the lineup playing catcher, Bond points to the demand for mental focus to stay in the zone.

“Getting a good mindset is a must. When I do that, I’m able to throw a good game.”

Noting his favorite baseball hero as Nolan Ryan, because he “always threw gas”, those who know “Big Ben” would most likely agree with Bond in his self-definition.

“I try to be funny and outgoing, but hard working is what’s most important. As long as you’re willing to do whatever it takes and work hard, you should be alright.”

Something else that’s top of mind for Bond is the importance of character, in sports as well as in the classroom and everyday life.”

“Character is being someone who is always there for their friends and family and has good morals,” insisted Bond. “I live this by waking up and trying to be the best version of myself everyday striving to help others do the same by being someone who helps others out and sets standards for how hard you should work.”

Whether he’s on the sports fields or in the classroom where he maintains a 3.88 GPA, Bond believes in the theory, where there’s a will there’s a way to succeed.

“Hard work beats talent when talent doesn’t work,” emphasized Ben Bond acknowledging the quote by his basketball hero, Kobe Bryant. “It doesn’t matter if you’re better than me, if I work harder, I’m going to win.”