There’s plenty of reasons for this select group to earn VYPE TOP 100 recognition entering the 2022 high school football season. These outstanding talents along with Friday night heroes from across the state will compete for the annual title Mr. Football Oklahoma presented by Shelter Insurance. Don’t forget to keep up with their season at #VYPEMrFootball. Follow the updates online at VYPEOK.com

Brandon Tolbert RB/LB 5-9, 190, Sr. Muskogee
Running through and past would be tacklers en route to the end zone, Tolbert averaged 5.5 yards per carry in 2021.

Dylan Leep CB 6-2, 191, Sr. Tahlequah
Leep accounted for six INTs last season with 24 tackles. He is a field General for the Tigers.

Tate Whitmore OL/DL 6-5, 307, Sr. Tahlequah
The “mountain man” of the Tigers offensive line can pancake opposing defenders & use his muscle to anchor the 9-5-9 defense at nose guard.

Race Stopp WR 5-10, 168, Jr. Tahlequah
Stopp averaged 11.6 yards per catch last season thanks to his ability to make the tough catch and his route running.

Alex Shieldnight LB 6-4, 215, So. Wagoner
Started as a freshman, Shieldnight is getting attention from several DI schools.

Luke Adcock QB 6-3, 220, Sr. Eufaula
High football IQ, Adcock was pulled at halftime of most of his games last season. One of the top QBs in Oklahoma.

Elijah Thomas WR 6-1, 180, So. Checotah
Thomas is a DI prospect expected to be the driving force in the passing game for the Wildcats.

Cooper Hamilton RB/DB 6-0, Sr. Keys
Hamilton will go both ways for Keys at running back and corner.

Kaden Stanton OT 6-6, 300, Sr. Beggs
A next-level talent with serious potential to be one of the top linemen in the state.

Erik Macklin RB/LB 6-1, 200, Sr. Morris
Macklin has the size to make would-be tacklers think twice. His ability to close and complete the tackle is impressive.

Camden Price RB/OLB 6-0, 205, Jr. Porter
Price is a three-year, two- way starter, that is explosive on both sides of the ball. He recorded 80 total tackles, 11 sacks last season.

Red Martel RB 5-11, 190, Jr. Beggs
Martel rushed for 1,613 yards and 17 touchdowns last season and is expected to put up similar numbers this year. 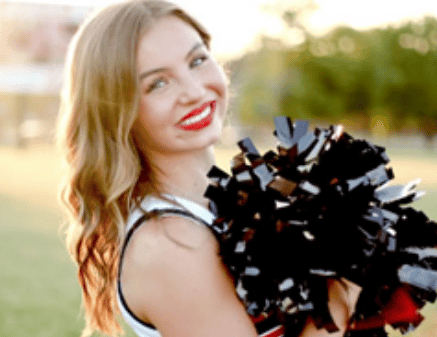 Pretty is as pretty does…and for Gracie Fenton, she’s pretty right in everything she does. “My mom (Jennifer) has told me that all my...

After an exciting volleyball season, VYPE Is looking to name Miss Volleyball Oklahoma. But first, we want to find out the top player in...

Service with PASSION…the words define the day to day efforts of Matt Cloud, Director of Athletics at Tahlequah. Who is this guy that’s always...