Last year’s lessons learned the hard way bring about a sense of desire and victory for the Indians who also will move to Class 2A for the 2022 football season. Chad Hendricks welcomes the return of eight starters to the offensive lineup that will implement an up-tempo pace of play to give the skilled playmakers the opportunity to showcase their talents. Eli Hammer (6-1, 180, Sr.) will be the workhorse for the Indians ground game after averaging 5.3 yards per carry to make the most of his 126 carries by totaling 667 yards and nine touchdowns during his junior season. Eli is a lead by example player who makes the most of his athleticism and knowledge of the game,” said Hendrick. “He’s the most experienced player on the team.” Sophomore quarterback Jalen Handle (6-0, 170) who completed 30-of-75 passes for 412 yards will direct the offensive unit again in 2022 looking for familiar targets Brody Young (6-0, 165, Jr.) and Tanner Samples (6-0, 160, Jr.) to turn the short, quick out routes into touchdowns. The security of the offensive unit rests in the efforts of two veteran linemen including Tilon Rattlingourd (6-2, 330, Sr.) and Gunner Harkreader (6-1, 305, Sr.). “Each day we challenge each other to get better than the day before through hard work,” said Hendricks. “

With almost the entire defensive lineup set to return this fall, Sequoyah stands ready to play with a fierce and physical style of play. “These guys are eager to prove themselves. We will attack and react and be as violent as possible,” Hendricks emphasized. “We’ll have a bend-but-don’t-break philosophy on defense. We want to keep offenses in negative downs and create turnovers.” The “force of will” begins in the defensive front line of the Indians 4-3 alignment. Larry Oosahwe (6-0, 205, Sr.) who totaled 38 tackles last season will close the edge from his defensive end position while Josiah Foreman (6-1, 220, So.) who made 49 tackles a year ago as a freshman will lock the gate on the opposite side while Todd Davis (5-10, 230, Sr.) and Hunter Weber

tackles in 2021. Hendricks will call upon Eli Hammer to help stop opponents possessions from his free safety position where he records 58 tackles including three QB sacks. The classification change to Class 2A will result in the backyard encounter against Keys on October 7 being a district matchup. 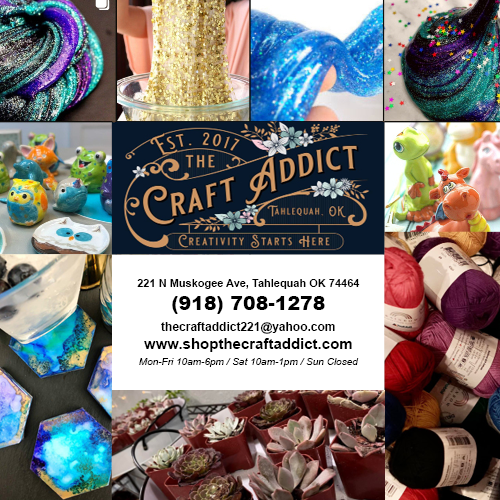