Although the Eagles bid farewell to four-year workhorse Mason Jim, Warner still has plenty of experience and talent to be playing in Week 11 and beyond this year. John Williams moves up to take over as head coach and he sounds an optimistic tone as he looks to 2022.

“We return several starters on both sides of the ball led by our quarterback Jace Jackson along with two-way starters Ty Vinson and Carson Parks, a VYPE Top 100 pick, who will head up a defense that gave up an average of just eight points a game last year.” Jackson (6-2, 183, Jr.) had 1,000 yards passing and 1,000 yards rushing last season and was injured for the final two games but was still named the district co-offensive player of the year. Williams says that his quarterback is loaded for bear this season. “Missing the last two-and-a-half games left a bad taste in his mouth and he’s hungry to start the season.” Vinson (6- 0, 212, Jr.) will move from the line to the backfield this season as a fullback or H-back depending on the formation. “Moving him to fullback may surprise a few people but Ty can block, catch passes, and run good routes,” said Williams. Also returning to the offense which Williams promises will give opponents a lot of different looks, will be Adam Thompson (6-2, 175, Sr.) at wide receiver who can also play quarterback. Preston Cannon (5-5, 165, So.), one of last year’s top running backs and a three-sport athlete, along with King Harrison (5-9, 155 So.), who should get more touches this year with Jim gone, will carry the mail and Kaden Thompson (6-2, 175, Sr.) returns at wide receiver.

This year the Eagles will have some size along the defensive front but will also be quick according to Williams. Vinson, known to his defensive mates as the Technician because of his solid play and leadership of the unit, will be at one of the end spots along with Rowdy Girty (5-11, 300, Sr.) and his brother Jacob (5-11, 286, Sr.) heading up the 3-4 defense. Parks, who recorded 28 tackles in the Eagles playoff loss to Stroud and had 156 for the season, and Cannon who had 59 tackles last year, will head up the linebacking corps while Julian Hensley (6-0, 180, Sr.) will be the main man in the secondary. Cole Mayfield will be another Eagle to look for somewhere in the lineup as Williams expects him to have a break-out year. 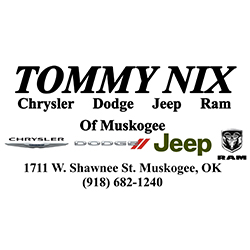