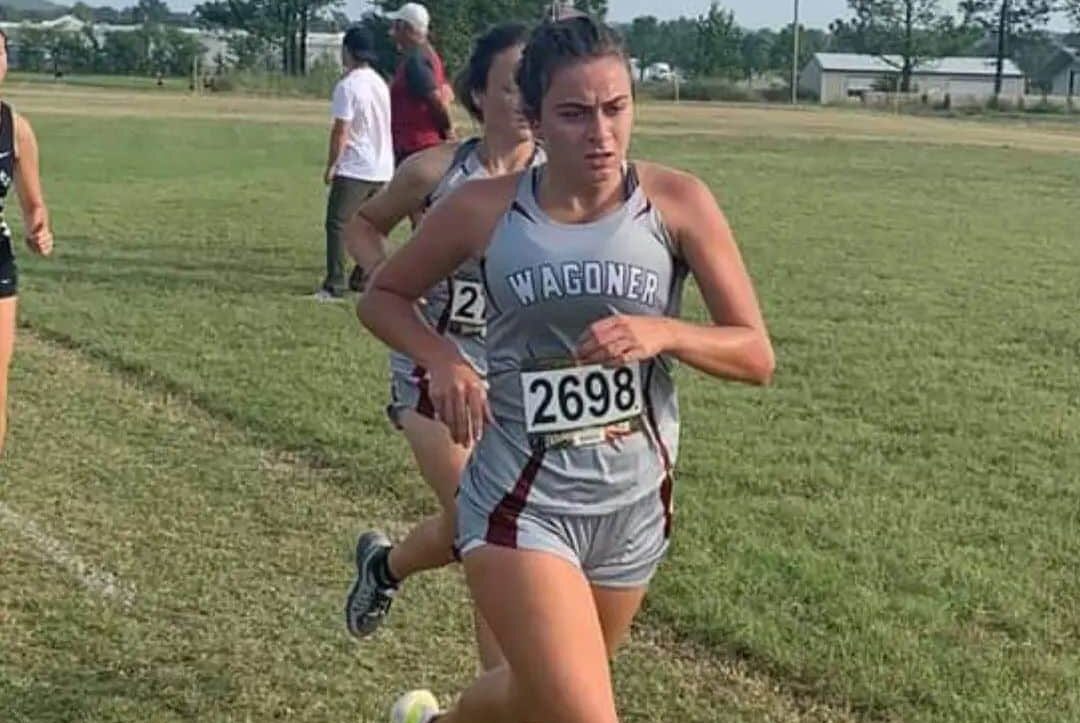 CHEER
Natalie Knight – Checotah – is captain of the squad and she shows great leadership. She would like to cheer in college.

Alexia Allison – Hilldale – always gives 100%. She comes in early, stays late, and is always there to lend a hand. She is a very strong and versatile athlete. She can base, fly, and tumble.
Destiny Shumate – is always in the greatest mood and takes care of herself and the team on what needs to be done in practice and on game days.

Jordan Carter – Porum – this year’s captain, Jordan has led her squad with grace and consistency. She works hard to uplift her teammates while also building her own skills. Jordan is always willing to lend a helping hand and is open to new ideas.

Emily Gibson – Stigler – is a fourth year varsity cheerleader. She was selected as captain of the team this year. She is a base and our best tumbler, but works hard to continue to increase her skill level in all areas.

KaLee Kolbe – Vian – is a senior on the squad. She pushes herself to be the best main base for her squad and continues to reach her tumbling goals. She can lead the crowd by having energy, a loud voice, and a smile.

Abby Humphries – Wagoner – is an all around great cheerleader. Her jumps, tumbling & stunting skills are amazing. Abby plans on cheering in college.

Raylee Weidel – Warner – is a great cheerleader, leader, student, and overall person. She is helpful, kind, tough, and will help her team any way she can. Wiedel has grown so much as an athlete and stepped into the role of mentoring some of the younger
squad members.

Colter Roberts – Eufaula – He is a senior and three-time state qualifier. Colter has medaled at almost every meet he has competed in during his career.

Candon West – Muskogee – made Class 6A state last year as a sophomore and has started his junior year out really strong. He has placed in the top ten in all three of his meets and has improved his time in each of those races from last year.

Dilon Strader – Oktaha – works hard in practice and is dedicated to being the best that he can be.

James Coward – Wagoner – was the Bulldog’s top runner last year as a junior and qualified for state as an individual. Not only is he the team’s best runner, he’s also setting the example through his determination and discipline on what it takes to be a genuine competitor in this sport.

Tori Leflore – Eufaula – is a senior and a three-time state qualifier. She has medaled in almost every meet of her career. Solid athlete with good talent and great toughness.

Hallie Kinion – Gore – competed last year as a sophomore and found a love for the sport. Hallie has spent her off season dedicated to becoming an outstanding runner. She has set high expectations for herself this season and is meeting those expectations with every meet.

Miley Holt – Oktaha – is a solid runner and puts in the extra practice to be his best.

Joci Bryant – Wagoner – attacks every course she runs on. She is determined to give every ounce of her energy into each run. Joci embraces hard work and challenges and she does a good job of making sure the girls team knows what to expect at each meet. She’s already talking with several college coaches and is pushing for a top ten finish at state.

Jordan Jackson – Warner – is a returning Oklahoma Cross Country and Track Coaches Association All-State performer from last season. She was top 15 in the state as a freshman. She was also Class 2A 400m dash runner up at state in track. She is a very gifted athlete, but what sets her apart is her competitive nature.

Sidney Hamilton – Checotah – Hamilton has so much talent when it comes to cheer, a smile that lights up the field, and she will be a great leader in years to come.

Jaelyn Smith – Porum – She has learned many new skills this year and has risen to every challenge with a can-do attitude. She is willing to go the extra mile, whether it is in uplifting her teammates after a rough practice or working to foster spirit in the community.

Halli Russell – Vian – Halli is a freshman who works continuously on and off the mat. She is a huge asset to her stunt group as a main base. She also has amazing tumbling and can throw a toe touch back tuck and a beautiful running layout.

Raddec Dunn – Eufaula – He is a sophomore who recently earned his first medal at the Wilburton Meet. He finished in 12th place in a race of 78 athletes. He is really growing in toughness as a runner. His daily workouts are improving greatly also.

Angel Monsivais – Muskogee – Angel has completely transformed himself as an athlete from eight to ninth grade. He dedicated himself to getting better in the offseason through summer workouts and running on his own. Angel is also a member of the Muskogee marching band, often finishing a tough cross country workout then heading straight to evening band practice.

Caleb Cole – Oktaha – While he is new to the sport, Cole continues to put in his time to improve.

Cole McCorkell – Wagoner – Cole has matured as a runner a lot over the last two years. As an eighth grader, he was a really good runner but struggled with some of the non-running things you have to do to be successful in this sport. He’s gotten a lot
better at those things and it is showing.

Kayln Holman – Eufaula – A junior who won one medal as a sophomore and has now won medals at each of the team’s two meets this season, including a top ten finish at Wilburton. She is a quiet kid with a very competitive spirit.

Mileigh Needham – Oktaha –
Needham is a prime example of hard work and is doing an outstanding job with her first year in cross country.

Mia Harris – Wagoner – She works hard in every training session and continues to push the mileage she gets in each week. She’s also not afraid to struggle through a run when others might be ready to just walk it out, which says a lot about her mindset.

Keira Ross – Porum – She approaches all tasks with the same level-headed steadfastness, whether it is a difficult stunt or making posters to support our team. She is constantly seeking ways to improve her skills and better her talents.

Lyndsey Christie – Vian – She encourages her teammates, works hard to make her stunt hit, and continues to push herself in tumbling. Lyndsey is a leader to her team and leads by example in attitude, determination, and encouragement.

Jenna Mckinney – Wagoner – She keeps everyone calm in stressful situations. She has many years of dancing experience & it definitely shows. Jenna is a great role model for the young cheerleaders to look up to.

Levi Chapman – Eufaula – A freshmen and a new student at Eufaula this year, never ran cross country before now, he says that he wanted to compete so he could get tougher and in better shape for basketball.

Joshua Vienna – Muskogee – Josh is the Rougher’s unquestioned leader in cross country. He is the daily voice, leading in warm ups and making sure everyone finishes the workout right. He has worked extremely hard since last season and improved by over two minutes in his 5k so far this season.

Kade Johnson – Wagoner – Kade is naturally athletic and fast, and this is his first year in cross country. He was not sure about it at first, but he has poured himself into it all the same. He’s coachable, humble, and a great source of encouragement.

Abigail Charleton – Eufaula – She is a sophomore and an outstanding person. Charlatan is jJust a really solid studentathlete in every sense of the phrase.

Faith Blackwell and Ryleigh Bacon – Oktaha – Both young ladies work hard and encourage the rest of the team. They are both dedicated members of the team.

Serenity Eaton – Wagoner – Cross country isn’t necessarily her sport, but she loves going out and working with her teammates and being an encouragement to them along the way. 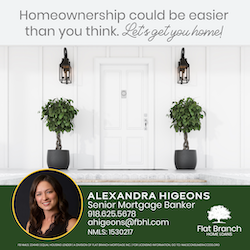