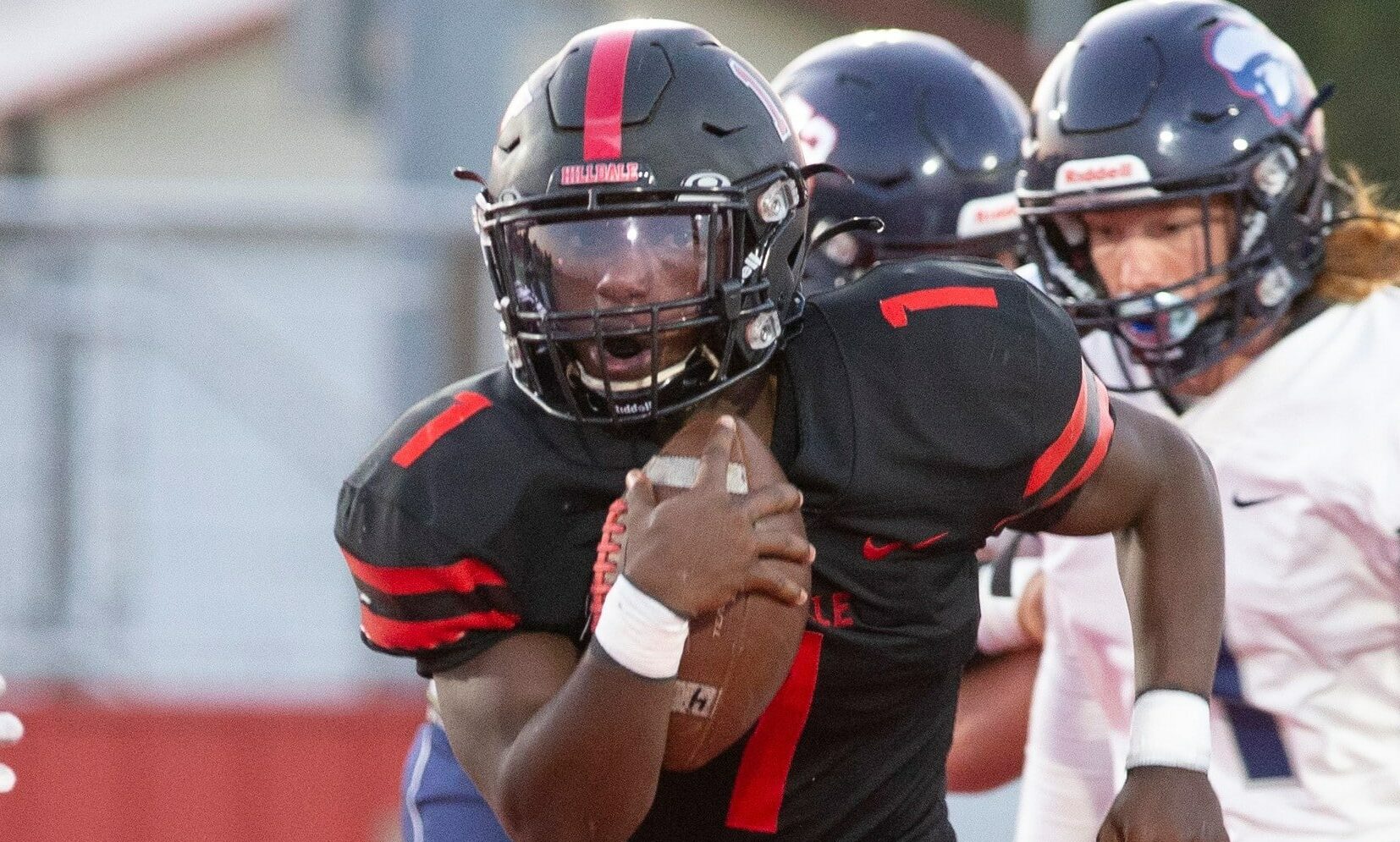 It’s probably not an exaggeration to say that as goes Eric Virgil goes, so go the Hilldale Hornets in 2022.

The senior running back has dashed for nearly 2800 yards the last two years, about half of that coming last year when he had 21 touchdowns and 1622 allpurpose yards. Heck, he even passed for a touchdown last year. Virgil is a gifted athlete, but he also has a competitive spirit that helps drive that athleticism.

“Eric just likes to be on the field whether it’s as part of the varsity or the scout team,” said Hilldale coach David Blevins. “Another thing I appreciate about Eric is his work ethic. A lot of skill players don’t like having to spend time in the weight room, but Eric absolutely loves working out and so, other than a couple of our big linemen, Eric is one of the strongest players on the team which you don’t often see in a tailback. I think his biggest area of improvement since last year is in his speed. I see him make long runs this year whereas last year he might get caught on the edge on those plays. I think he’s set a high bar for our younger tailbacks to reach.”

Eric says his dad got him started playing football in the third grade and his older brother, Lamar lnBurton, has been one of his role models.

“He’s always encouraging me before a game and getting me pumped up. Coach Blevins also motivates me by screaming at me a lot,” laughed Virgil who also plays point guard for the Hornet basketball team.

He says he follows Oklahoma State University wide receiver Braylin Presley online and likes to watch his moves and the things he posts.

As a senior, Virgil knows that part of his job is bringing along the future running backs of the Hornets.

“I think my job as a leader is to run hard and play hard and set a good example and help our younger running backs get better.”

Even though he also plays outside linebacker on defense, Virgil admits that playing offense is where it’s at.